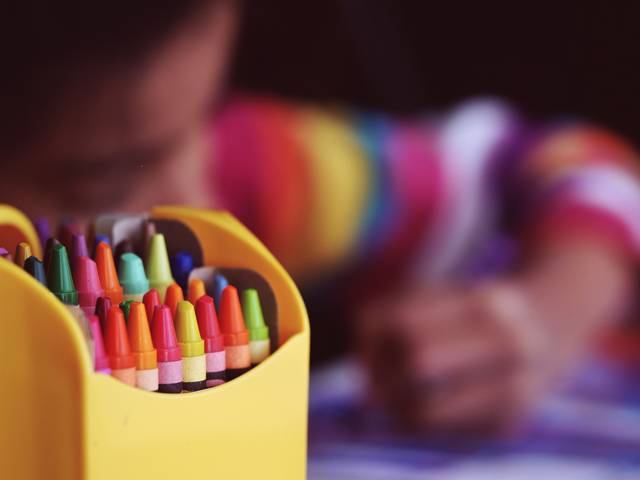 While restless children might drive parents and teachers mad, a world-first study led by Deakin University shows this movement could be crucial for breaking up unhealthy sedentary behaviour.

In a study of young children, published today in the journal PLOS ONE, researchers found that children who frequently changed posture when completing sedentary activities like colouring in and watching TV, burnt more energy than their peers who sat still.

Lead researcher Dr Katherine Downing, an Alfred Deakin Postdoctoral Research Fellow in the Institute for Physical Activity and Nutrition, said when the results were scaled up across a whole year, fidgeting kids could be burning off an extra 3kg per year.

"Young children also spend a significant amount of time sedentary each day, around 10 hours. So this study provides some nice preliminary evidence that childcare centres, pre-schools, and anywhere children are spending a lot of time sitting, they should be encouraging children to stand up and move more."

The study looked at 40 children aged 4 to 6 from the Illawarra region of New South Wales. Each child was asked to complete a series of sedentary activities in a special room that measures energy expenditure by oxygen consumption and carbon dioxide exhalation.

The researchers measured the number of 'posture transitions' each child made – going from sitting to standing, lying to sitting, squatting to kneeling, and so on – across a 65 minute period.

They found a significant difference in the lowest number of transitions – 11 – to the highest – 53.

Dr Downing said measuring posture change could be a crude but convenient proxy for an underlying tendency to fidget.

"The fact there's that much variation when children are instructed to sit shows that some children are far more prone to fidgeting or restlessness than others," she said.

"We also saw that children moved more when engaged in interactive sedentary activities like drawing or playing with toys, as compared to more passive activities like watching TV.

"This provides further evidence to suggest that children should be encouraged to partake in more interactive than passive sedentary behaviours, especially when it comes to reducing screen time."

Dr Downing said high levels of sedentary behaviour in adults were associated with an increased risk of cardiovascular disease, cancer and type 2 diabetes, and this was largely independent of time spent in moderate to vigorous physical activity.

"We know sitting for a long time is bad, but if we break it up, is that better? There's been no previous research looking at the energy cost of posture changes in children," she said.

"So we were really interested in fidgeting and whether it was associated with more energy expenditure, but we didn't expect to find such a significant association in such a small sample size, so the results are quite surprising really.

"Fidgeting could be a positive thing. Parents and teachers might not like me saying that, but maybe we shouldn't be discouraging that movement if there's potential benefits for health."

Photo by Aaron Burden on Unsplash