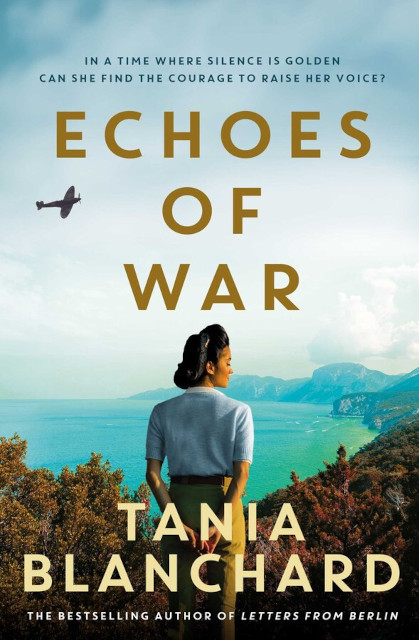 Set in Mussolini's Italy amid great upheaval, this is the story of one woman's determination to find her place in a world that men are threatening to tear apart. Another heart-rending novel inspired by a true story from Australia's bestselling author of The Girl from Munich.

In a remote farming village nestled in the mountains that descend into the sparkling Ionian Sea, young and spirited Giulia Tallariti longs for something more. While she loves her home and her lively family, she would much rather follow in her nonna's footsteps and pursue her dream of becoming a healer.

But as Mussolini's focus shifts to the war in Europe, civil unrest looms. Whispers of war are at every corner and her beloved village, once safe from the fascist agenda of the North, is now in very real danger.

Caught between her desire to forge her own path and her duty to her family, Giulia must draw on the passion in her heart and the strength of her conviction. Can she find a way to fulfill her dreams or will the echoes of war drown out her voice?

About the author
Tania Blanchard writes historical fiction inspired by her family history. She grew up listening to her grandparents' fascinating tales of life during World War Two and migrating to Australia. Coming from a family with rich cultural heritage, stories have always been in her blood. Her first novel, The Girl from Munich, was a runaway bestseller and shortlisted for the ABIA Best New Writer Award. Tania lives in Sydney with her husband and three children where she can often be found in the kitchen, cooking up a storm for her family, including her two cheeky dogs who think they're human too.