The What on Earth Institute of Wonder 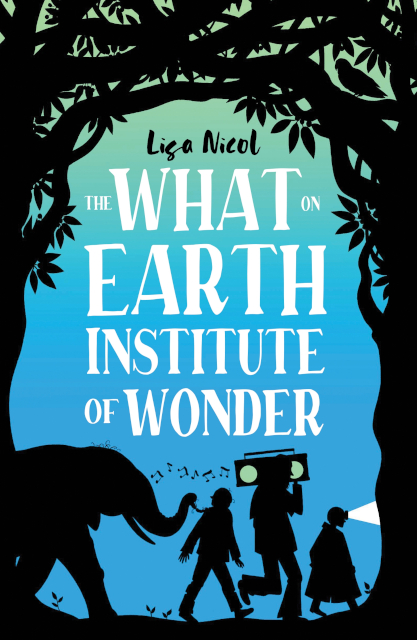 A mind-boggling expedition into the secrets of the Animal Kingdom with only an invisible map of the human heart as a guide. (Unless, of course, you count the talking parrot.) What on Earth could possibly go wrong…?

Sal has always had an affinity with animals – especially the lost kind. But when two rare and endangered creatures appear out of nowhere, life takes a detour into strange and uncharted territory...

One elephant, one kakapo, one unlicensed teenage driver, one boy waiting for the world to end and a twelve-year-old girl with a very special gift.

About the author
Lisa Nicol is an Australian author and sometimes documentary-maker. Her feature Wide Open Sky about a children's choir infar west NSW won the Audience Award for Best Documentary at the 2015 Sydney Film Festival and screened in cinemas and festivals around the world. Her first novel for children, Dr Boogaloo and The Girl Who Lost Her Laughter, was a CBCA Notable and is currently being adapted for the screen as a musical. Her second novel Vincent and The Grandest Hotel on Earth was published internationally to much acclaim. Lisa lives on the east coast of Australia with two out of her three children and a dusty old dog who smells worse than an elephant fart.

You can buy the book here.

Question: What originally inspired the idea of The What on Earth Institute of Wonder?

Lisa Nicol: The What on Earth Institute of Wonder was inspired by a cast of characters mooching around with nothing to do, the image of an elephant asleep on a bridge holding up the morning traffic and a Nina Simone song. How's that for inspiration! I enjoy writing stories that I hope children will find entertaining.


Question: Is there a message you hope readers take from The What on Earth Institute of Wonder? 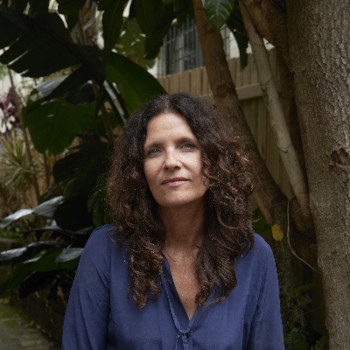 Lisa Nicol: There's definitely a message about how wondrous our world is. Particularly the animals. And I include humans in that. Humans are wonderous creatures. We've just mucked a few things up.


Question: What research did you do, prior to writing The What on Earth Institute of Wonder?

Lisa Nicol: I researched a lot about the African forest elephant and the New Zealand Kakapo - both of which appear in the book (obviously!). Even though my books have fantastical elements, I like them to be factually accurate at the same time. The kakapo is quite hilarious. Weighing up to four kilos, it's the largest parrot in the world. Naturally, at that size, they're flightless. Their preferred method of locomotion is to jog. I highly recommend watching a kakapo jog. It's extremely amusing. They are said to be quite affectionate too, like dogs almost. While the kakapo is big for a parrot, the forest elephant is small for an elephant. Much smaller than its cousins who roam the savannahs. The forest elephant lives deep in the jungles of the Congo basin and is known for being elusive; The Greta Garbo of the jungle so to speak. Population estimates are done by counting piles of their poop. Unfortunately, both the kakapo and the forest elephant are seriously endangered. Such brilliant creatures.


Question: Which is your favourite character in the book?

Lisa Nicol: I'm so fond of all of them. They really are a tight gang so picking favourites is hard. I find Roy Disaster Boy and his doomsday prepper ways hilarious. Sal the animal whisperer has such so much on her shoulders it's hard not to feel for her. And Bartholomew Stagger who likes to take his Uncle's Kombi out for a spin - despite not having a licence - is such a gentle soul. I also love the villain of the piece Mr Longhorn, even though he's a two-faced, child-hating, hideous man. I have a feeling he had some trauma in his own childhood, which is why he wears Peter Rabbit pyjamas and clothes that look like they were purchased from the children's section. But there's absolutely no excuse for his feet!

Lisa Nicol: Join a writer's group. The structure is immensely helpful for propelling you forward. And the feedback is invaluable. That has been my experience anyway.

Lisa Nicol: My mum is a big reader and I remember my dad taking me to libraries on weekends. I never imagined being a writer myself though. I didn't consider myself creative. Which has turned out to be ironic because many people describe my work is highly imaginative. I love how life takes such strange twists and turns.