Dylan Love On Your Side Interview Love On Your Side (DJ Dan Murphy Radio Edit)

Dylan is set to judge on Channel 7's new series "All Together Now" airing nationwide later this year. He also had an impressive run at the Australian Independent Music Awards in 2016 being nominated twice for "Best Pop Song".

Dan Murphy's remixed back drop of "Love On Your Side" synchronizes with Dylan's smooth vocal range to present a true floor stomping tune and is set to make a wave of impressions in the house pop scene. This remix is a taste of what's to come with the original version of "Love On Your Side" and additional remixes set to come out early October.

Question: What can you tell us about All Together Now?

Dylan: How the show works is a range of singers (solos and groups) perform in front of The 100, the biggest judging panel Australia has ever seen. It is made up of a diverse group of music experts and performers. If any of The 100 like what they hear, they can stand up, join in and sing along. The greater the number that join in, the higher the act's score. How this show differs from other shows is that there are no journeys. No long stories. No recording contracts. Just great singing. This show is really about the joy of music and people singing their hearts out, moving the judges to their feet, not about who has the right look or sound to sell records.


Question: What is it like being a judge on All Together Now?

Dylan: It has been an incredible experience. I have loved every moment. Not only have I learnt so much from the other panelists. I've also learnt so much about myself and what I have to offer to people aspiring to make a career in the music industry.


Question: Can you tell us about Love On Your Side?

Dylan: Love on Your Side is a song I wrote with Bec Caruana, Tania Doko of Australian Pop/Rock Duo Bachelor Girl, and Edward Said. This song is for anyone that has struggled with the loss of someone close to them. They may not be with you physically, but they will always be in your heart. There is always love on your side. I wrote this for my Aunty who passed away from a long battle with cancer, she was one of my biggest supporters.

Dylan: Honest, from the heart and anthemic. 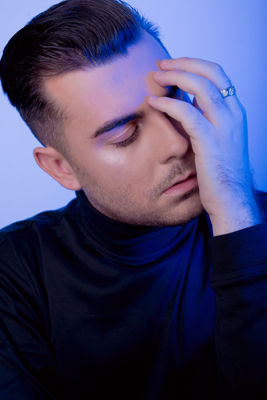 Dylan: There's so many, at the moment I'm really loving performing Calum Scott's version of Robyn's Dancing on My Own, as I'm a sucker for a big power ballad.

Dylan: Nothing beats performing live, the stage is my happy place.

Dylan: To me music is therapy, I'm not afraid to express myself and my feelings in songs, people haven't always been there for me like music has.

Dylan: My Kindergarten teacher who is no longer with us, she saw something in me that others didn't.

Dylan: Working on new material. Hoping to have an EP or album out in the not so distant future, as well as getting out there more performing more live shows.