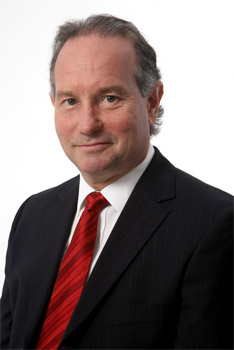 Recent studies have shown that the daily consumption of small amounts of Italian cheese and dark chocolate may help to reduce insulin resistance and improve liver enzymes. Insulin sensitivity is a well-established risk factor to cardiovascular disease, making cheese and chocolate the latest heart healthy foods.

Question: How can daily consumption of small amounts of Italian cheese and dark chocolate help to reduce insulin resistance and improve liver enzymes?

Dr. Ross Walker: A recent study from Italy showed that consuming a daily dose of 30grams of Grana Padano a day which is a hard type of cheese similar to parmesan, can reduce blood pressure to the same levels as a standard pharmaceutical drug. Thirty patients were followed for two months and showed that those who had this daily dose of cheese reduced their systolic blood pressure around 8mmHg and their diastolic around 7mmHg. There was no change in their weight, cholesterol levels or sugar levels. The suggested mechanisms were particular chemicals called peptides in the cheese which act like certain blood pressure treatments

In another recent study of dark chocolate, it was shown that consuming around 25 grams a day of dark chocolate (in some cases up to 100gms) reduced insulin resistance (which is a precursor to Type 2 diabetes) and improved fatty liver. Dark chocolate contains a significant amount of strong polyphenols which are the chemicals in all forms of plant food that are very beneficial to health.


Question: Can you please provide examples of Italian cheeses?

Dr. Ross Walker: I have said the Grana Padano as one example and obviously Parmesan cheese as well but this data would be pertaining to any form of hard cheeses whether they are Italian or not. In fact it is not just the benefits of hard cheese on blood pressure that are important for cardiovascular disease but two large studies out of Europe over the past few years have shown that people with the highest intake of full fat dairy have anywhere between a 20-30% reduction in Type2 diabetes depending on the study, and this is after one study that had a follow up of fourteen years and another one of sixteen years. Both these studies involved around 27,000 people. It appears that the particular type of saturated fat in high fat dairy is particular protective against Type 2 diabetes and it is now an established fact that 70% of people with cardiovascular disease have some form of insulin resistance which is the predisposing factor to Type 2 diabetes.


Question: What other foods can reduce our risk of heart disease?

Dr. Ross Walker: The best diet to reduce risk for heart disease is the Mediterranean diet. This involves a variety of fruits and vegetables. The suggested dose is 2-3 pieces of fruit per day and 3 to 5 servings of vegetables per day (a serving being around a half a carrot as an example), liberal amounts of fish, small amounts of meat, eggs, chicken, nuts and olive oil with one to two glasses most days of red wine (standard dose 125ml per glass). Potent antioxidants are also an effective way to fight inflammation, which can contribute over time to cardiovascular disease. One of the most effective antioxidants with heart health benefits is Ubiquinol, the active form of Coenzyme Q10, which has been shown in numerous studies to be naturally higher in healthy hearts.


Question: What is Insulin sensitivity?

Dr. Ross Walker: The surface of every cell has a receptor known as the energy receptor. The energy receptor has to open to accept nutrients in the form of fat, sugar and protein. Insulin is the doorman that opens the door to these nutrients. People who are insulin sensitive have an efficient transport of nutrients into the cell whereas people who are insulin resistant, the door is somewhat jammed and so the body has to make more insulin to promote the entry of nutrients into the cell. As a person ages, the overworked pancreas starts to fail and the blood sugar levels start to rise as does the blood pressure. There is also a rise in cholesterol, triglyceride and a drop in the so-called good cholesterol, HDL. This is promoted by and also promotes the deposition of fat around the belly. All of these features comprise insulin resistance and subsequent metabolic syndrome which leads to cardiovascular disease.


Question: How does insulin sensitivity directly relate to cardiovascular disease?

Dr. Ross Walker: This is because any fat and sugar that is not being used as nutrients becomes deposited in the walls of arteries throughout the body and in particular, the heart arteries known as the coronary arteries and the brain arteries known as the cerebro-vascular system, leading to heart disease and stroke when these fatty plaques rupture.


Question: Is it possible to reduce insulin resistance other ways than food?


Question: What other lifestyle choices can we make to reduce our risk of heart disease?

Dr. Ross Walker: Having no addictions.
Good quality sleep.
A sensible eating program and less of it!
Three to five hours of exercise on a weekly basis.
Happiness, the best drug on the Planet.


Question: What puts us at risk of heart disease?

Dr. Ross Walker: There are five primary risk factors for heart disease:
Cholesterol abnormalities which includes an elevated Lipoprotein (a).
High blood pressure which over the age of 50 is the most important risk factor for cardiovascular disease.
Cigarette smoking.
Diabetes and any consequence of insulin resistance.
A strong family history of a close relative having cardiovascular disease especially before age 60.