Not all spider bites are AMAZING!
Summer is nearly upon us - a time when we naturally spend more time outside and as such, have the potential to be exposed to some pretty dangerous spiders. But unlike Peter Parker's experience in The Amazing Spider-man, being bitten by a spider doesn't always give you super powers!

Celebrity Vet, Dr. Katrina Warren and Evan Armstrong, Arachnid Expert at Wild Life Sydney Zoo have put together some hints and tips should you come into contact with these creepy crawlies this summer:
Spider Facts
Most dangerous spiders: Funnel-Web spiders and Red Back spiders.

Most poisonous spiders:
The Funnel-Web and Red Back spiders are the most poisonous spiders.
There have been 13 deaths caused by Sydney Funnel-web bites.
Red Back spiders can cause serious illness and have caused deaths in the past.
There is now anti-venom available for both spiders, to prevent death, which can be given if quickly rushed to hospital.
Where are these spiders most likely found:
Funnel-Web spiders are found at the bottom of swimming pools and can survive under water for 24-30 hours. They are also found in backyards and bush land areas.
Red Back spiders are found around Aussie homes as we like the same kind of environments. They build their webs on hard surfaces like rocks, concrete, bricks and event toilets.

Number of spider bites per year:
More than 250 cases of Red Back spider bites are reported each year.
30-40 people are bitten by the Sydney Funnel-Web spider each year.

What To Do If You've Been Bitten
Most spider bites, including the Funnel-Web spider will require a pressure/immobilisation method of first aid which involves applying pressure to the bite to delay the absorption of the venom.
Red Back Spiders require an ice pack to be applied to the bitten area to relieve pain. Do not apply a pressure bandage (venom movement is slow and pressure worsens pain).
Take a picture of the spider so it can be easily identified and quickly rush to hospital to obtain the anti-venom.

Tips to Avoid Being Bitten
Be cautious when gardening and wear gloves.
Never put your hands where they cannot be seen.
If boots or shoes are left outdoors makes sure you shake them before putting them on, as spiders often make dark burrows their home.
Make sure the bottom of the swimming pool is clear before jumping in.

Keeping these spider danger tips top of mind will ensure that you and your family can enjoy the sunshine without any unexpected surprises. 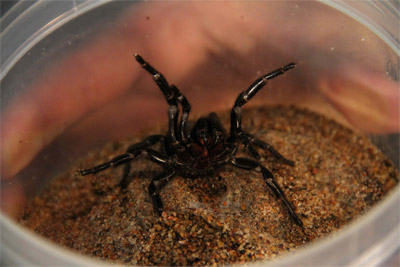 Question: What are the most common spiders we'll see in our backyards, this summer?

Dr. Katrina Warren: There are a few different spiders that we see out and about. We'll see a lot of Huntsman spiders in the house and we'll see the little house spiders but the main two to watch out for outside the home are the Funnel-Web and Red Back spiders.


Question: What should we be most aware of, in regards to spiders?

Dr. Katrina Warren: The main message is yes Spider-man was bitten by a spider and then got supernatural powers but that's not the actual case as some spiders can be deadly. I want to teach kids to be cautious around spiders and not test out the Spider-man theory because it isn't going to happen.


Question: What should we do when we see a spider within the house?

Dr. Katrina Warren: The best thing is to stay calm and remember most spiders aren't out to get you they are just going about their business. Where possible if you're worried about it being a dangerous spider makes sure you put boots and gloves on and try and remove it with a broom or something like that; if it's a Huntsman spider a broom is fantastic. Huntsman spiders can bite although they very rarely do; I always try and pick them up with a container and a sheet of paper to put them outside.


Question: How should we react around spider webs, in our backyards?

Dr. Katrina Warren: If you want to clear dangerous spiders from your garden you need to clear away logs, old timber and anywhere spiders might hang out. Funnel-Web spiders like damp, dark areas with moisture like old logs and rocks in the garden. Red Back spiders tend to come into areas close around the house such as decking and picnic tables that you have in the backyard which is why it's a good idea to check those items, regularly to move on any spiders that you see.


Question: What is your number one tip for avoiding a spider bite?

Dr. Katrina Warren: It's important to remember to check regularly and if you're out in the backyard gardening do wear thick gardening gloves because spiders can be underground or hidden in leaves or logs and when you disturb them they will come out from hiding. Again, most spiders are harmless but if they're disturbed they may bite.


Question: How can we protect our pets against spiders and spider bites during summer?

Dr. Katrina Warren: It is quite difficult and again it's a matter, particularly with the Red Back spiders, of clearing out the area of rubbish, logs and other areas the spiders can hide. The venom of the Funnel-Web and Red Back spiders won't affect our pets as dramatically but they can still get sick from it and it needs to be taken seriously. The biggest issue that you do have is that cats and dogs poke around areas with their noses and faces which is why they are more likely to be bitten on their face which may cause some localised swelling. Interestingly, the venom of the Funnel-Web and Red Back spiders is certainty nowhere near as dangerous to our pets as it is to humans.


Question: What types of weather conditions increases the risk of spiders within the home environment?

Dr. Katrina Warren: Yes, these particular spiders are out and about in Summer; generally in the warmer months from Spring through to Summer.


Question: How can we decrease the fear surrounding spiders?

Dr. Katrina Warren: Yes, a lot of people fear spiders, even my daughter who is five fears spiders. I have tried to teach her not to be afraid of spiders and that most spiders don't hurt and the spiders in the house won't bite her and we have to put them outside, where they belong.

Spiders eat the insects around the house and they're a good thing which is a part of the environment and they're not all bad, at all!

I worked many years ago with a spider expert who helped dispel the fear of spiders and he started off with a very simple drawing of a spider and he has them handle and touch the drawing to begin with and then he gradually builds up to a soft toy that is a spider - there is a whole process of getting people to not be scared of the shape of spiders. Once you're scared of the shape of a spider, it doesn't matter where or what spider you see, you have that fear. 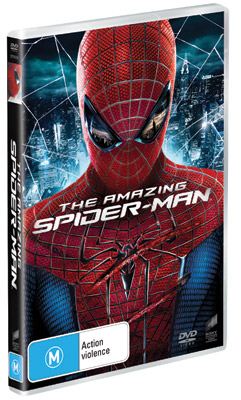 Living with his Aunt May and Uncle Ben Peter spends his days trying to unravel the mystery of his own past and comes one step closer when he stumbles upon a mysterious briefcase belonging to his long lost father. After studying the papers inside, Peter learns that his father worked with fellow scientist Dr. Curt Connors at Oscorp Industries. Sneaking into Oscorp, Peter enters a lab where he is bitten by a genetically modified spider and soon discovers he has developed spider-like abilities.

Having left Oscorp in a hurry, Peter decides to visit one-armed Dr. Connors at his home, where he gives him the missing piece in Connors' experiment on regenerating limbs, found in a secret compartment of the briefcase. In an act of desperation, Connors tries the newly developed formula on himself; his arm regenerates but starts to turn green and scaly, transforming him into a violent reptilian humanoid monster.