James Francis Cameron (born August 16, 1954) is a Canadian filmmaker, philanthropist, and deep-sea explorer. After working in special effects, he found major success after directing and writing the science fiction action film The Terminator (1984). He then became a popular Hollywood director and was hired to write and direct Aliens (1986); three years later he followed up with The Abyss (1989). He found further critical acclaim for his use of special effects in Terminator 2: Judgment Day (1991). After his film True Lies (1994), Cameron took on his biggest film at the time, Titanic (1997), which earned him Academy Awards for Best Picture, Best Director and Best Film Editing.

After Titanic, Cameron began a project that took almost 10 years to make: his science-fiction epic Avatar (2009), which was in particular a landmark for 3D technology, and for which he received nominations for the same three Academy Awards. Despite Avatar being his only movie made to date in 3D, Cameron is the most successful 3D film-maker in terms of box-office revenue. In the time between making Titanic and Avatar, Cameron spent several years creating many documentary films (specifically underwater documentaries) and co-developed the digital 3D Fusion Camera System. Described by a biographer as part scientist and part artist, Cameron has also contributed to underwater filming and remote vehicle technologies. On March 26, 2012, Cameron reached the bottom of the Mariana Trench, the deepest part of the ocean, in the Deepsea Challenger submersible. He is the first person to do this in a solo descent, and is only the third person to do so ever. In 2010, Time magazine listed Cameron among the 100 most influential people in the world.

In total, Cameron's directorial efforts have grossed approximately US$2 billion in North America and US$6 billion worldwide. Not adjusted for inflation, Cameron's Titanic and Avatar are the two highest-grossing films of all time at $2.19 billion and $2.78 billion respectively. Cameron also holds the distinction of having directed two of the four films in history to gross over $2 billion worldwide (the other two being Star Wars: The Force Awakens and Avengers: Infinity War). Moreover, they were also the first two films to accomplish the feat. In March 2011, he was named Hollywood's top earner by Vanity Fair, with estimated 2010 earnings of $257 million. In October 2013, a new species of frog Pristimantis jamescameroni from Venezuela was named after him in recognition of his efforts in environmental awareness, in addition to his public promotion of veganism.

The 3-D action-thriller, from executive producer James Cameron, follows a team of underwater cave divers on a...

Jon Landau talks about the process and inspiration behind allowing audiences to experience Titanic like never... Starring Leonardo DiCaprio and Kate Winslet in the roles that would make them global stars, Titanic tells the... 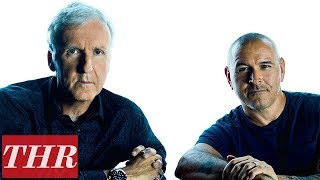 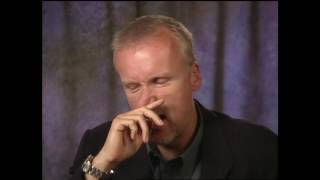 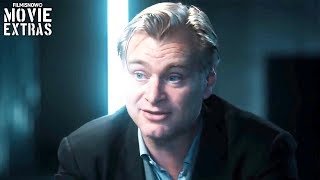 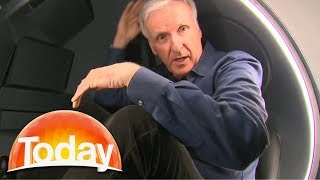 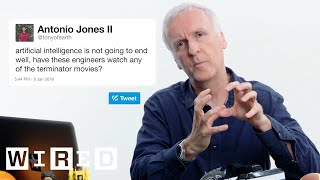