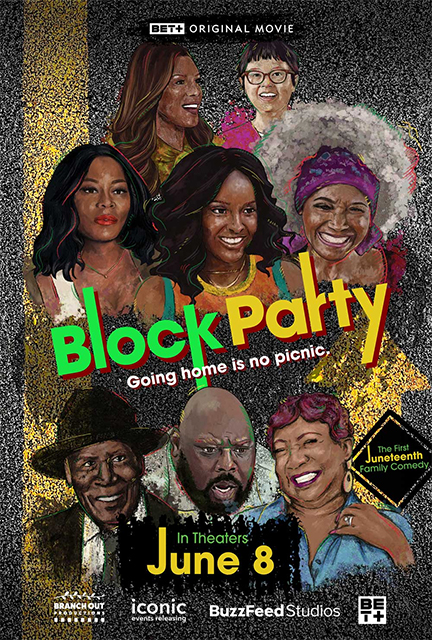 The film, directed by Dawn Wilkinson and produced by Branch Out Productions, a female-and Black-owned production company, founded by Lisa Mathis, Lisa Oliver-King and Andola Mathis, which is based out of Grand Rapids, Michigan. Producing alongside Mathis, Allen, and Suh are industry veterans Gabriel Roth and Marvin Towns Jr.

BLOCK PARTY centers on Keke McQueen (Antoinette Robertson), a recent Harvard grad who is eager to ditch her hometown of Grand Rapids, MI, for her dream job in Atlanta. But when Keke discovers that her once-super-sharp Grandma Janice (Academy Award nominee Margaret Avery) is showing early signs of dementia, she puts her career at stake to save Grandma's beloved Juneteenth Block Party, even if it means dealing with her Black tiger mom (Golden Brooks), her gossipy relatives (Luenell, Birgundi Baker), an oddball fire marshal (Faizon Love), and her ex-boyfriend (Terayle). In the process, Keke falls back in love with her hometown.