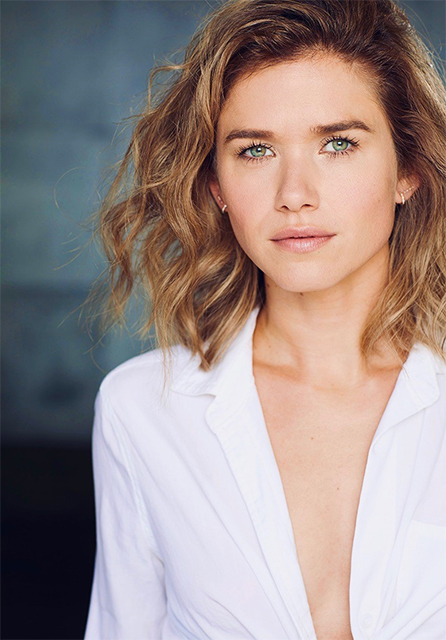 Hallmark & Lifetime royalty leading actress Anna Marie Dobbins (Insta: @AnnaMarieDobbins) has been a force to be reckoned with during the pandemic, filming over 15 movies in just 2 ½ years. Her next starring roles are in films slated for release later this year and include the romantic comedy LOOKING FOR DR. LOVE and the holiday flick ROMANCE ON ICE which features her starring as a figure skater who falls for a prince – truly all the makings of the holiday hit of the 2022 season!!

Anna Marie's most recent film, KILLER RIVALRY, recently premiered on April 22nd on the Lifetime Movie Network. The "My Crazy Ex" star landed her first lead role in Lifetime's STALKED BY MY DOCTOR: PATIENT'S REVENGE back in 2018 which then catapulted her to starring as the lead in back-to-back films, quickly rising her amongst the ranks as a TV movie fan favorite. Since beginning her fast-tracked career, she has gained the admiration of some of Hollywood's longtime actors including Eric Roberts and Vivica A. Fox, starring alongside both seperately in four movies throughout the past two years.

Born in Alabama, Anna Marie started her dance career at age 3 and began competitive dancing by the age of 8. Being in the spotlight, she found a love for entertaining and decided to explore acting and modeling where eventually she landed roles in FOOTLOOSE, "Being Mary Jane" and "Vampire Diaries".

In addition to her acting career, the entrepreneur focuses her time on expanding her award-winning handbag collection, Offero. Made for women, by women, the innovative brand is dedicated to women's safety and security – each Offero handbag has anti-theft features including patent pending locking straps and zippers, RFID shielding pockets, and slash proof lining. The designs appreciate heritage, challenge the conventional, and use the familiar to inspire something that has never been done before. Proceeds from each bag are also donated to disaster relief efforts around the globe.

When Dobbins finds time in between filming and her handbag brand, she is focusing on her health and fitness through dance and yoga and is passionate about helping children and raising awareness about mental health.