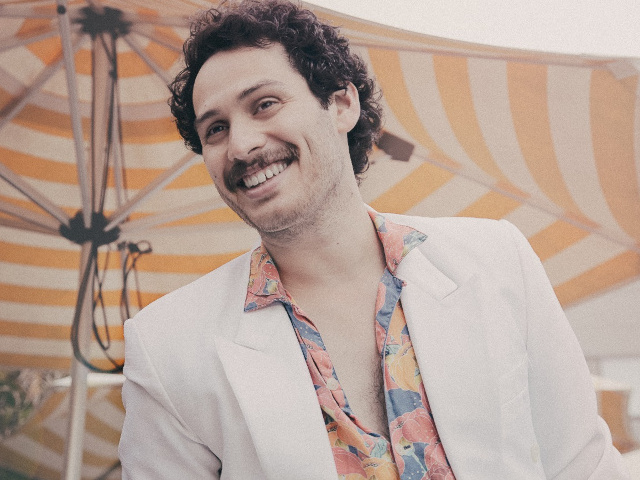 Blake Dantier's debut album Dry Season sounds like something that should be coming out of a jukebox in a smokey honky-tonk. It bears all the hallmarks of a Nashville throwback. Yet it was created on the other side of the world.

Dantier grew up in the suburbs, sandwiched between Sydney's west and the Blue Mountains. Not exactly a melting pot for country music. He formed his first band with his older brother when he was 13, playing the drums. Their setlists were populated mostly by 80s glam rock and British heavy metal. "I'm a fan of all types of music," he confesses. It wasn't until he was old enough to legally drink a beer in a pub that he even heard of country music. "I get country music and it gets me – hearing it was like a lightbulb moment".

The songwriter finds it easy to draw parallels between his own life and the ones sung about by his heroes. Each song on his 11-track debut album is a testament to that. It's opener and title track snarls through the speakers like an old Waylon tune, with enough chickin' pickin' guitar to make Brad Paisley jealous. The entire collection was penned by Dantier himself, bar one co-write. "Some songs are autobiographical; some are almost totally made up. My only goal for this album was country songs that actually sound like country songs – something I don't feel there's enough of nowadays".

Tales of lonesome drinking are cleverly delivered with a tounge-in-cheek outlook on 'Wish You Were My Beer' and 'You Don't Mix Whiskey'; while Dantier hits a more sombre note on 'Ash & Dust' and 'Don't Say When', as he ponders mortality and death. Of course, no country record is complete without a story of love gone wrong – of which there's no shortage. Yet tracks like 'I'd Do It Again' and 'When She Gets Home' deliver a fresh and bittersweet perspective on the tired trope. "You can tell I've tried to drown a broken heart, right?" chuckles Dantier.

The album succeeds as a throwback to a by-gone era, yet it doesn't feel as though it's stuck back in time. In part due to the work of producer, Simon Johnson from Hillbilly Hut studios. Together, he and Dantier recorded the album over the course of a year, with help from some of this country's slickest players. "I wanted to combine that 70s Outlaw vibe and attitude with the musicality of 90s Alan Jackson and Brooks and Dunn records."

Dantier has certainly captured the outlaw spirit of his predecessors and created a work that pays homage to his heroes, whilst still being completely his own. His dedication to "authentic" country music is clear in this honest collection of songs that are both familiar and original. Without a doubt, Dry Season is firmly planted in fertile ground.