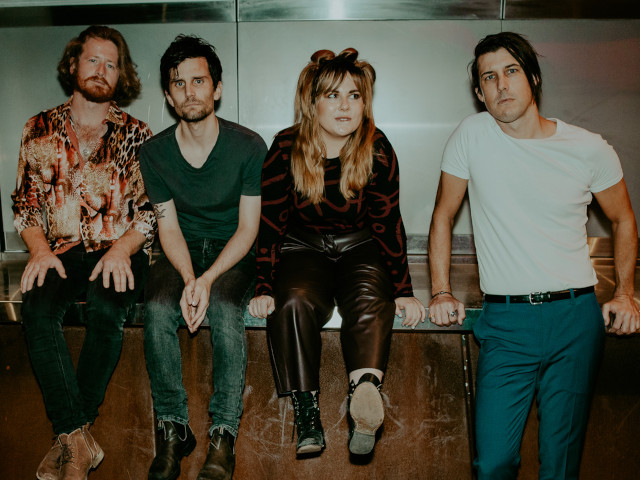 Known for their resounding rock grandeur merging nostalgic indie-pop textures, Perth indie outfit Big Orange are holding nothing back in their newest single 'Love's Not Enough'.

Backing up the release of the highly-praised alt-rock single 'By The Dozen' earlier in the year, the four-piece band, led by Daniel Davis, are continuing to explore their current affinity for 90's Britpop elements found within big-sounding rock ravines.

'Love's Not Enough' gets straight to the point, as a rapid trance of recurrent electric guitar riffs and an addictively relentless beat dominates the senses. Davis' vocals emerge from a time decades past, resonating with an echoing intensity that peaks in the chorus alongside synthesised specks of nostalgic indie-pop in the form of flying synths and running percussion.

A new inquisitive guitar layer joins the mix, moving towards a grungy bridge featuring head moving beats and metallic riffs, before gravelly desperation sneaks into Davis' voice, a final glance in the rearview mirror before leaving the past behind.

Reflecting on an ended relationship, Davis brings his distinctive lyrical maturity to 'Love's Not Enough', reaching insightful conclusions that can hopefully provide some closure, as he states:

"As the title suggests, the song is about the fact that sometimes even the forces of love aren't strong enough to hold two together."