North South East West feels evocative of alt-pop forces Clairo and King Princess with a Mark Ronson-esque beat and production – but also exhibits something uniquely Austen. Perfectly summery, with gentle, rolling percussion and lush, full instrumentation that highlights Austen's quietly assured vocal, North South East West is a woozy track that feels just like falling in love. Co-written by Evan Klar and Hailey Collier, and co-produced by Evan Klar and Jono Ma, North South East West is a beautiful addition to Austen's impressive discography, as she explains, "North South East West is about that easy type of love where it feels like you're living in a hazy dream, exploring new territory and not having to force anything - a love letter to the honeymoon period. I'd written a lot of songs about toxic love and I wanted this one to be the polar opposite…it's a love song to simple, flirty love."

The video for North South East West is as joyous as the song itself. Filmed by Teel Studios (JOY., Miss Blanks), the clip features Austen starring in every role, from drummer to audience member, and has a gorgeous, sun-soaked, retro vibe. Reflecting on the inspiration behind the video, Austen says, " I had the idea as a way to bring out the breezy, throwback vibe of the song, and also because it just feels like a song that needs to be played live. I was at home playing around on the song with my guitar and my bass and drum pads, and I thought if my band can't cross the borders then I may as well play all the bits myself. I wanted to create different characters for each instrument, to form the ultimate girl band and embrace those different sides of myself."

We're keen for Austen to bring her eclectic sound to the stage after a trying 2020 with no shows – and she feels the same way, explaining, "This year I'm really excited to expand my show to have a live band, after touring for the past couple of years with a smaller setup. After so long with no gigs because of Covid, it's inspired me to go all out and make it a hectic experience."

Austen: "Indie pop", I guess! I want to bounce around within the edges of that genre. I feel like you can be so versatile within the "pop" label and not really have to box yourself in too much. I'm inspired a lot by electronic music, so maybe electro-indie-pop.


Question: Can you tell us about North South East West?

Austen: N.S.E.W is the fun, summer-y one that you want to listen to in the afternoon sun with a glass of wine. It's about that easy love where it feels like you're living in a hazy dream, exploring new territory and not having to force anything - a love letter to the honeymoon period.

Austen: It was inspired by live talk-show performances in the 60's, like The Ed Sullivan Show. I had this vision of a stage set like that, but all of the band members were me. I guess Covid might have inspired it a little in that sense - not being able to see my band members for ages and just thinking, okay, I'll play every character then!

Austen: With this song, I hope they have a boogie and it makes them feel chill and happy.


Question: Do you have any upcoming shows planned?

Austen: I'll be announcing a tour in the coming weeks! So excited to do some shows again and play the single live. 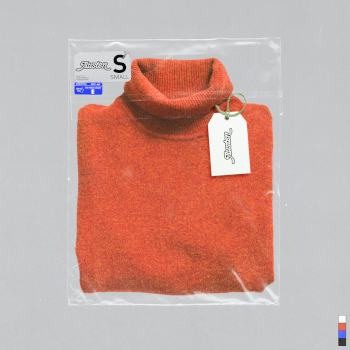 Austen: I guess originally it would be my parents, they are both super musical and passionate people and they were really supportive of me learning music ever since I was really young. I think the reason I wanted to be in the music industry is that, a lot of the time music felt like the one and only thing that made me happy during hard times, and I love the thought that something I write could do that for someone else. I also love the fact that the music industry is always changing and is a bit unpredictable - you never really know what's going to take off or when, so if you keep working at it there's always a chance you can really affect people with your music.

Austen: This list is sooo long, but if I had to choose one right now it would no doubt be Rostam Batmanglij from Vampire Weekend, who's produced records for Charli Xcx, Clairo, Lykke Li, Santigold, Haim - he's literally made some of my favourite songs ever. He's my collaboration dream.

Austen: Haha, actually just as I was doing this interview North South East West came onto Triple J! It's such a great feeling and it just makes me feel inspired to make more stuff.

Austen: I think most musicians would have to say financial! It's a tough game if you don't have someone supporting you financially. Also, just emotionally finding the drive to keep going when you're not really seeing any rewards in the short term. Just having the faith that someday you'll be stoked with your body of work and that people will enjoy it! Other than that I would have to say lack of sleep while touring. I don't function well on less than 7 hours sleep. And the post-tour comedown is real.

Austen: I've had the most amazing experiences learning how to be a better artist and songwriter and touring. I love everything about it really.

Austen: Wake up, walk to the Coffee + Records shop a few doors down from my house, browse through some new vinyls and grab a batch brew to go, sit down in front of my laptop and instruments and spend a few hours writing. Make breakfast at midday, watch an episode of The Office while I eat my eggs, send heaps of emails, fix my website, or do any admin stuff that needs to be done as a self-managed artist, some more writing or practice guitar, go for a walk or do some yoga and then head to a gig.

Austen: I'm about to announce some shows, which I'm so excited for, and you can expect another taste from the EP soon!