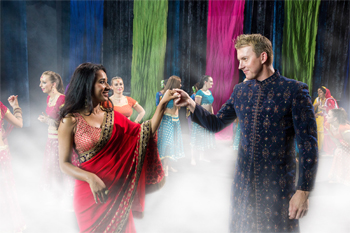 Synopsis: Brett Lee's debut Bollywood film unINDIAN, will be released in India and the Middle East on hundreds of screens. First off, unINDIAN will premiere in India on August 19, where Brett Lee , Tannishtha Chatterjee, Bollywood stars Supriya Pathak, Gulshan Grover and Akash Khurana with Director Anupam Sharma will walk the red carpet at a gathering expected to have a who's who of Indian Cricket and Bollywood stars.

unINDIAN will become one of the rare few Aussie indie films to have such a big release in India and Middle east along with theatrical offers from USA and Canada.

The release was planned and announced for 5th August but given the huge response and the support of sponsors like Destination NSW and the distributors Krian Media have gone in for a longer promotional period and increased the number of shows and screens and will now premiere on 19th of August.

The film is produced by Anupam Sharma, Lisa Duff and Nitika Thakur (India).

Screen Australia states 'We are proud to have supported unINDIAN. Screen Australia is delighted that unINDIAN is releasing in India and the Middle East and will certainly delight audiences with its warmth and cross cultural humour."

Brett Lee said 'unINDIAN is a heart-warming film that I'm so proud to be a part of. It's very exciting that the people of India (and The Middle East) will now get to watch an Australian-made film with allot of heart and laughs."

Producer Lisa Duff says, 'unINDIAN is a rare insight into life in multi-cultural Australia with all the joy, warmth and humour that cross-cultural relationships bring. Brett Lee has made many friends and fans in India so it is with delight that we introduce him as "Will" to Indian audiences. The themes of unINDIAN; love, cross-culturals sharing and multiculturalism are not unique to Australia. Audiences world-wide will recognise the shared experience of living in a global community so it is with excitement that we share unINDIAN with them. It has been a joy to work with director Anupam Sharma and writer Thushy Sathi to bring a fresh view of Australian life to cinema screens and audiences world-wide".

unINDIAN
Release Date: unINDIAN will open in India across 300 screens from 19 August.