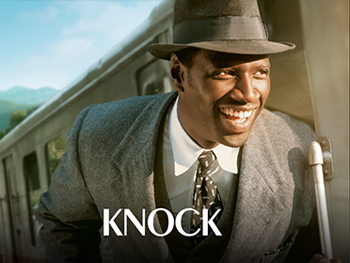 This time, set in country 1950s France, Dr. Knock (Omar Sy) is a former conman-turned-GP who arrives in the sleepy village of St-Maurice with a plan to make himself rich: persuade healthy people they are ill and simply don't realise it.

Knock's strategy is coming together just as planned, until he falls for the beautiful Adèle (Ana Girardot). The suspicions of the local priest (Alex Lutz) are raised, and the darker elements of his past inevitably catch up with him and his idyllic new life.

Taking the role made famous on stage and screen by Louis Jouvet, Omar Sy breathes new life into the character of Dr. Knock, adding additional layers of complexity to one of France's most enduring performance pieces.