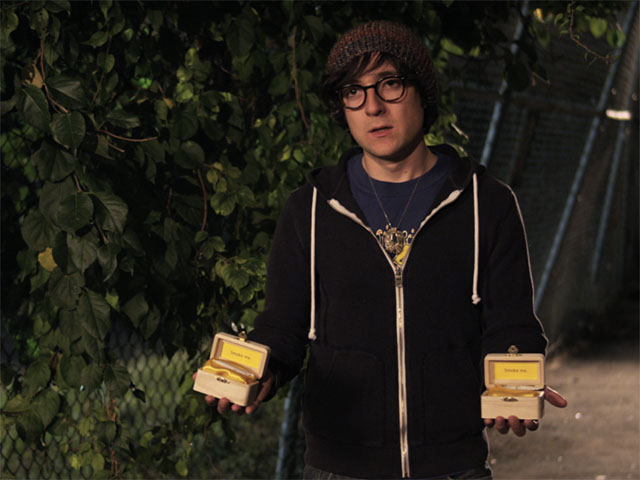 It's a challenge to rely on anyone in this world..

Selling Out… Isn't all it's cracked up to be.

A married couple and indie band duo, who never reached the success that they had always hoped, decides to stop pursuing their dream when a financial opportunity arises for them to perform on a new children's program called "The Rumperbutts." In spite of all the money and newfound success, the two of them are miserable and have spilt up. However, on one magical evening, a mysterious stranger comes into their lives and gives them a second chance.

"It is a challenge to rely on anyone in this world", says Brenner. "A big believer that if you say you are going to do something, then do it. At the same time, this story shares what it is like to pursue a creative endeavor and usually not have much money to go with that versus taking a soul sucking job with a regular pay check. At the end of the day, do what you say you are going to do in this world, and if you can find a balance between being creative and getting paid, then you are a success."

Starring Kori Gardner, Jason Hammel, Josh Brener, Arian Moayed and Vanessa Ray, and featuring music by "Mates of State", The Rumperbutts will leave you in stitches this November!