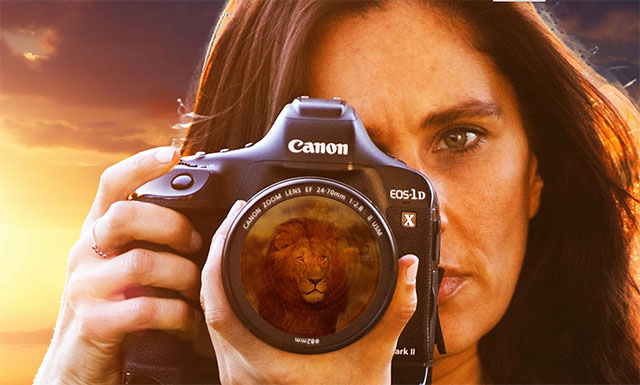 If we cannot save the most iconic animal in the world,

what hope do we have at such a crucial point in evolution? - Rogue Rubin

LION SPY follows Australian filmmaker Rogue Rubin, as she is thrown into action to prevent the extinction of wild lions in Africa. Creating a false identity to portray herself as a "big game photographer and video intern", Rogue seamlessly infiltrates the male dominated world of trophy hunters in Africa, putting herself at tremendous personal risk. As she explores clandestine operations, alone with men and guns, amidst the isolated African plains, she realises that if she is found out that she will be killed. What she captures on camera is riveting and inspiring.

"When I discovered that it was lion trophy hunters, with their seemingly limitless bank accounts and their unheard of political influence, who were causing the lion's imminent extinction, I came to the realisation that the only way to get close to them was to actually be 'one of them'. Without terrific foresight I created an alias which I hoped would allow me into their private world.  I had no idea it would give me unfiltered access to such a powerful, scary clandestine world - and that was when things got really interesting!", says Rogue.

As an experienced filmmaker, Rogue captured first-hand unprecedented footage during her investigation. She takes the audience along with her on the journey following her every step. Rogue comments;

"When I first began filming, I hoped to create a teaser and raise money to get a crew to help me film the rest. But, once I was truly ensconced in the hunting world, I realised that I would never be able to get the candid raw footage I was taking if a crew was involved. What that means is that all of the footage is raw and gritty - when the camera shakes uncontrollably, you know you are on the journey with me, either running in fear for my life or simply to keep up with the hunters.

"I hope that this documentary  inspires  people around the globe to know that we are all responsible and capable of saving the most iconic species from extinction – the lion", adds Rogue.

LION SPY is distributed by Pivot Pictures in Australia, directed, written and produced by Rogue Rubin, produced by David Gross (The Water Diviner), co-produced and edited by Katie Flaxman, with a score composed by Brett Rosenberg.

For more details on LION SPY and to take action go to: www.lionspythefilm.com

LION SPY IN CINEMAS FROM 24 NOVEMBER