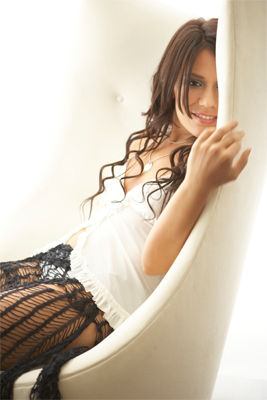 The year that was 2011 was a year of globetrotting for acclaimed singer-songwriter Tania Doko, who, having departed her native Australia has found a 'second music home' in Stockholm, Sweden.

Tania Doko is looking forward to returning to her first home, Australia, this summer. Already booked for sets at the Australian Open, Twilight at Taronga series, and her very own acoustic national run in early 2012, Tania can't wait to reconnect with Aussies audiences and share both old and new material with her favourite people on the planet.

"After enjoying most of 2011 in the songwriting mecca of the world, Stockholm, spending most of my time in studio caves writing songs, there's much to miss about Australia, and that's the live music scene," Tania says. "We still have one of the healthiest live circuits on the planet, giving me more than enough reason to return to the very audiences that afford me the privilege of writing music around the globe. I miss the stage, and you can't beat an Australian crowd, so I literally can't wait to showcase all corners of my career to date, including Bachelor Girl, my electro/rock project She Said Yes, tunes co-written in Sweden(including with Jorgen Elofsson-Brittney & Kelly Clarkson), cuts by the likes of Taylor Dayne, and songs written for my up-coming solo album. I relish in any opportunity to be real and tell the truth behind each song written. I sincerely hope every audience will feel a little bit more connected to the world and themselves by the end of the show."

Writing with heavyweights such as Jorgen Elofsson (Britney Spears, Westlife, Leona Lewis), Eric Bazilian (The Hooters, Grammy nominee for 'What If God Was One of Us', Joan Osborne and Ricky Martin) and the winning team of Stefan Orn and Sandra Bjurman (Eurovision Song Contest 2011), Tania has been busy penning and co-producing her next solo album due for release mid-2012.

Tania has also been busy traversing Europe for outside writing pitches from Calaisa to Christina Aguilera to Cher. She enjoyed a recent US top 10 Billboard chart with 'Floor On Fire' (Taylor Dayne, the same track now racing up the UK charts), produced and written in Sweden, as well as scoring Germany's X Factor winner, Edita, her first proper single, "The Key" with Jorgen Elofsson. Her Disney 'Step Up 3D' track JOYRIDE is also due for release with German DJs Electrixx in early 2012.

Tania juggles her writing and solo project with her other passion, live performance and, after a seven-year hiatus, 2011 has seen her and James Roche reunited as Bachelor Girl to coincide with the release of 'Loved & Lost: The Best of Bachelor Girl' (Sony), wowing captive audiences at the Forum and Sydney's The Basement.

Tania has now taken her versatility, stage presence and stellar vocals to Europe, from acoustic stages in Berlin to closing the Benidorm Pride festival in Spain with a club set so explosive that she's already been snapped up to play more UK and Spain Pride shows in 2012.

Question: How did it feel returning to Australia?

Tania Doko: It feels awesome as nothing beats an Aussie summer; when you are escaping the Swedish cold, it's a very good thing!


Question: What can we expect from the upcoming tour and solo album due for release mid-2012?

Tania Doko: Audiences will hear freshly baked tunes from Sweden which are coming from my forthcoming album which I am returning to Sweden to record, at the end of March. I am really using (laughing) Australia as my sacred guinea pigs to expose some of the new material.

I am also going to re-jig some Bachelor Girl material as it will be quite an exposed gig and I will be playing tunes that we haven't played in ten years! There will also be some surprises, which audiences will have to come along to experience.


Question: How did it feel to join James Roche and reunite as Bachelor Girl, again?

Tania Doko: We reunited as Bachelor Girl in 2011 and effectively we are back together. Obviously we still have our own careers going and James Roche is quite a successful producer whilst I have mostly spent my time in Sweden, over the past two years. James also has his own little family, now.

It was really lovely, last year, to come back together and put the 'Loved and Lost' album out, with new material. If there is an excuse for us to play, we play. I guess you could say Bachelor Girl is no longer asleep (laughing)!

Tania Doko: Yes! I am not dissimilar to most writers; I believe the best inspiration comes from real life experiences. Last year I was so out of my comfort zone as I was living in another country; as much as Sweden is a very Liberal society and very easy to live in and in some ways, very similar to Australia in that they're very nice and humble people - everything is new, everything is fresh, relationships are fresh and sometimes you don't know who to trust because you don't have the base that you have enjoyed your whole life; these kinds of issues would come up in my songs.

Also some 'rip your heart out' songs as there was a little bit of heartbreak, last year. I am also getting older; as we all are and I think I am prepared to talk about things I previously would have said "no you can't put that into a song"!

There is a song on the forthcoming album titled 'Panic If I Want To' and this is the quintessential mid to late 30's tune about a women (mainly me) who hasn't met the love of her life or hasn't worked it out as of yet and they're starting to panic a little bit. I don't like to see myself as someone who panics but in Sweden with all the tension and being out of my comfort zone I would think 'have I missed the boat?' Which is a ridiculous thought, but it is legitimate and I think sometimes you have to just get it out and I laugh now. I think most women will find 'Panic If I Want To' funny because it is true (laughing) sometimes we do have an unnecessarily panic! 'Panic If I Want To' is a good example of something that I just wouldn't have said, years ago, even if I felt it, I wouldn't have had the guts to say it.

I am better at being myself, now. I have realised that this is the stuff that people ultimately relate too. If you listen to a record like 21 by Adele, she has really put it out there and people are saying 'Hallelujah'! Adele isn't the first person who has written music like that, but there has been a change in pop music to incorporate real emotion.

I have had a go at dance music and rock - I am just happy to get back to the real life stuff!

Tania Doko: I loved Adele's first record; I thought she really did nail some extraordinary emotions. I am also listening to a lot of Mute Mass which is an indie-rock band from the US. I thoroughly enjoyed Goyte's record Making Mirrors.

In Sweden I listen to Sporify which is an online resource of music, similar to iTunes but Sporify allows you to hear the entire tune or album. I would click on 'Singer/Songwriter' or 'Electro' and I discovered all these new acts that I wouldn't hear without Sporify. I suggest you check out the female artist, Siberia, she is a little bit more indie than electro.

I do like to keep it fresh; I listen to Deadmau5 every now and again, too. I like to mix it up, or it gets boring.

Tania Doko: I was born a more natural performer rather than a songwriter; but in saying that I have spent the last two years consuming myself with writing songs. I have written for outside artists, I wrote the Taylor Dayne single that reached number seven on the USA Club Charts.

If I was asked ten years ago what I preferred, I would never have said songwriting but now it's balanced up a little bit. In saying that, all I have been doing in Sweden is writing songs and I am gushing to get out and play live. I am a little bit nervous because I haven't performed live for a while but I know being nervous is a good thing because I will be on the edge and the shows will be real. The shows will include storytelling and explain that I was out of my comfort zone. My shows will showcase my journey and I will be interacting with my audience rather than a rock show with all the bells and whistles - this will be the real deal.

Tania Doko: Ever since I can remember I was performing for my sisters and my parents, they were over-encouraging me to be the 'token family performer'. Ever since I was a toddler I found it very natural to perform in front of my family and I'd say the attention was a drug but it can be a curse tooÖ

Music is a blessing and a curse because it can be a little bit of a bottomless pit because you can never get enough and you are always looking for that natural high. Life can't be always full of highs!

The lows: If I hadn't experienced some of those downtimes in 2011 in Sweden there is no way I would have written this record and I wouldn't be ready to go back and record it. Often when you're happy you want to be happy and hanging out with your friends, I don't think you always want to write songs, when you're happy, so much.

Tania Doko: Wow! Someone like Goyte would be interesting to collaborate with because I saw a video about how he made his record and it was so interesting due to the instruments he used and the organic-ness of the album that he made on the Mornington Peninsular - he fascinates me.

Maybe also someone a little more old-school, I am really getting into Peter Gabriel, all over again. In more of a pop way Peter Gabriel's records will always have a strong flavour and I love that the same flavour of melancholic but pretty melancholic and that will be on my album. I think it would be fascinating to work with Peter Gabriel.