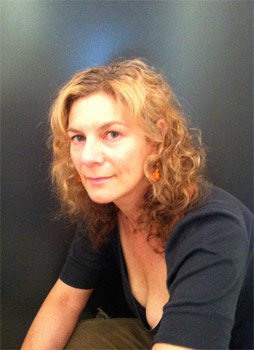 Sydney-siders in need of a cool, affordable yet satisfying indie film fix will be happy to hear, that the World Of Women's Cinema: WOW Film Festival will be celebrating 20 years of women's short film excellence and International Women's Day. WOW has announced an exciting, diverse showcase of contemporary short films with key creative input by women… fiction, documentary, animation and experimental. Experience a different storytelling and a unique perspective… 'seeing the world through the eyes of women".

Filmmaker -In Conversation' events will be held at Surry Hills Library and at the Art Gallery of NSW with ABC TV film critic, Margaret Pomeranz, to celebrate International Women's Day.

WOW and the Australian Writers Guild (AWG) present a writers forum with acclaimed screenwriters Jacquelin Perske and Louise Fox at the Powerhouse Museum. Both writers worked with Lucas Film on the Star Wars live action television series. Jacquelin Perske was co-creator, writer and producer of multi-award winning series of Love My Way and Spirited and the writer of award winning film Little Fish starring Cate Blanchett. Jacquelin is the 2013 Foxtel Fellowship recipient. Louise Fox (Broadchurch, Love My Way) wrote the screenplay for the critically acclaimed film Dead Europe and is nominated for an AACTA Best Adapted Screenplay for the 2014 awards and won the NSW Premiers Literary Award 2013 for Scriptwriting.

Highlights from WOW's screening program include:

Screening at The Vanguard Rock N Roll Mamas is a feature-length documentary about three indie rockers who strive to follow their creative dreams and raise their children. Over the course of six years, director, Jackie Weissman, followed Kristin Hersh of Throwing Muses, Zia McCabe of The Dandy Warhols, and hip hop artist, Ms.Su'a. Cutting edge shorts will screen throughout the evening.

For lovers of dance WOW presents a program of Australian and International contemporary dance films at Metro Screen and the Powerhouse Museum.

WOW Film Festival is proud to award achievements by women in the screen industry and is excited to announce the Jury for the 20th anniversary.

WOW's Short Form Digital Media Competition will enable viewers worldwide to watch the films and vote throughout March 2014 for the best Digital Media film on Youtube.

The WOW Film Festival Tour kicks off on March 15 with Tandanya National Aboriginal Cultural Institute's screening of 'From the Spirit of Our Mother" Program in their Spirit Festival. WOW Tour will travel to various locations throughout Australia and overseas throughout 2014 to March 2015.

Festival Director Tamara Popper - -To celebrate the 20th anniversary WOW presents an exciting and stimulating screening program from Australia's emerging women filmmakers. We're thrilled award winning actress/director Rachel Griffiths is supporting the festival as Patron for 2014. This year's festival promises something for everyone; Australian and International film screenings, forums, exhibitions and -In Conversations' with filmmakers. Film audiences and cinema lovers can share in our diverse programming and celebrations.'

Question: What is the World Of Women's Cinema: WOW Film Festival 2014?

Tamara Popper: WOW Film Festival is a really established and respected film festival held in Sydney annually. It revolves around International Women's Day. We screen a diverse range of films where women are credited in the key creative roles. WOW presents a screening program to audiences who enjoy high quality films who and are inspired by "seeing the world through the eyes of women." WOW also presents events and forums for filmmakers and lovers of film. The festival tours nationally and internationally.


Question: What inspired you to get involved, as the Festival Director, for World Of Women's Cinema: WOW Film Festival 2014?

Tamara Popper: 20 years on, you could say WOW is an institution. Some of the short films I've produced screened at WOW in the early days. I remember seeing Sally Potter's feature 'The Tango Lesson' at WOW and hearing her speak afterwards about her filmmaking process that was very inspiring.

Nyin Cameron, the festival's current Artistic Director and former Festival Director took WOW to a different direction, partnering with leading screening venues and building sponsorship and industry support. She's the tour director as well, the programme travels the world. I was inspired by where Nyin had taken the Festival. I worked with the Sydney Film Festival team during Paul Byrnes directorship and I've always wanted programme and curate a film festival, WOW is a great opportunity for me and 2014 is my second year as Festival Director.


Question: Could you explain the importance of a women's film festival, such as this?

Tamara Popper: Women are still under represented in key areas of filmmaking. Films made by women are underrepresented at film festivals, it's a positive way to redress the in balance. WOW promotes and awards women working in all key areas of film. Festivals such as ours offer a great opportunity for filmmakers to present their work, make connections and form collaborations.


Question: What are you looking forward to most about the upcoming World Of Women's Cinema: WOW Film Festival 2014?

Tamara Popper: The WOW team mainly looks forward to meeting filmmakers whose films are in the programme and seeing how audiences respond. A couple of events I'm really excited about are the writer's forum we're presenting with the Australian Writers Guild at The Powerhouse Museum. Two of Australia's leading film and television writers Louise Fox and Jacquelin Perske will speak about storytelling and their writing processes.The wonderful Margaret Pomeranz and director Jocelyn Moorhouse are 'In Conversation' at the Art Gallery Of NSW on International Women's Day and 'Still Women' the film stills exhibition at the Black Eye Gallery in Darlinghurst runs for the duration of the festival.


Question: How does it feel to have Rachel Griffiths is supporting the festival as Patron for 2014?

Tamara Popper: Rachel Griffiths is very inspiring. She's a multi-disciplined film practitioner who represents the ideal to which women filmmakers aspire and that WOW celebrates. She's as popular with film and TV audiences as she is with industry practitioners –she's a significant creative producer and director in her own right. Rachel is a strong advocate of women working in the key areas of filmmaking. WOW is fortunate to have her involved.


Question: If we can only see one film, during the World Of Women's Cinema: WOW Film Festival; which film should we choose?

Tamara Popper: Every film screening in this year's programme will have its own appeal but if I have to choose one film that's an 'all rounder' for our audiences, the US rock documentary 'Rock 'n' Roll Mamas' fits that bill. It screens at the Vanguard in Newtown and tells the story of three well known indie rock chicks touring, recording and bringing up their children. A great programme of shorts screen on the same programme. It'll be a fun night!


Question: What is involved in being the Festival Director of the World Of Women's Cinema: WOW Film Festival?