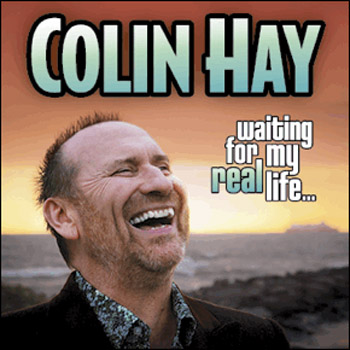 "This is not a rehearsal, this is show time, each and every moment, of each and every day. This hit me like a ton of bricks sometime around 1991, as I was sitting around my house, waiting for something to happen. Nothing did. I had to make it happen........" (Colin Hay)

You may remember him accepting a Grammy award in 1983, as the front man and principle songwriter of Men At Work?   You may have seen and heard him play "Overkill" on Scrubs or listened to his 11 solo albums?

Perhaps you were introduced to him through his song "I Just Don't Think I'll Ever Get Over You" on the soundtrack of Garden State, or watched him closing the Sydney Olympics with the timeless treasure 'Down Under"?

For those yet to be initiated, Colin Hay's live performance is an astonishing, powerful journey, sometimes straight down the main road, sometimes following the twists and turns of the road less traveled

Whether he is telling of his globe dominating romp with Men At Work, running concurrently with a runaway love affair with alcohol, Colin strips bare an amazing story, through the vagaries of the music industry, to the mess and glory of life in general, with exquisite comic timing and a heartfelt, wry sense of humour.

Themes of redemption and renewal come naturally to Colin Hay, as he is in the midst of a remarkable renaissance.

While his voice and visage are still familiar to millions, the past twenty years have found him quietly yet tenaciously re-introducing himself to new generations of fans.

It has been an organic process, connecting with audiences, building momentum through constant touring, and film and television exposure.

Whether or not you have seen him before, you will be riveted by his insightful, brilliant wit, you may also shed a tear, and you will most certainly be more than entertained.

Hay is at the absolute peak of his craft, he only gets better with age, and he has never been more masterful!