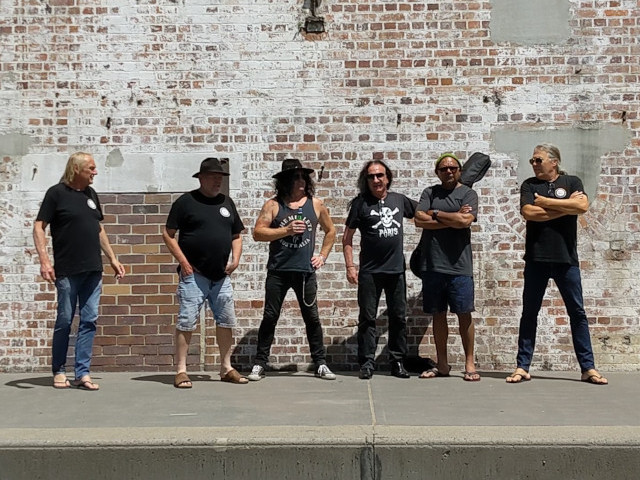 Bad Day Loser is a song about losing the lot but finding a way.

The track refers to the much vaunted slippery slide of compounding conditions thrown up by life. Specifically the lyrics mention a traffic vignette featuring a couple who upon being stopped by Police for a driving violation - have their personal stash seized upon. This leads to indecent sexist labelling which is quick witedly captured by an audio phone app for sharing across a number of major social platforms exposing a loose lipped patrolman to a career ending pathway.

The meaning could be extruded in the more overarching natural catastrophe context which we have used for the audio streaming release - such as...

...Wake up to find your house flooding without warning. Drive to get sandbags and get a flat tyre. Incur a total drenching while waiting for a lift because the spare has gone flat in the boot.

Get back to the house in time to see the water has destroyed everything under the house as your photo albums float towards a storm water drain. Head upstairs to save valuables but realise the upright piano - scrimped and saved for so the kids could learn music - cannot be carried to safety.

With just enough time to fill a carry bag you enter the water and start swimming towards an SES craft only to gash yourself on a rusty submerged downpipe. You reach the boat bleeding with a handful of waterlogged possessions and ask how you can get to town to check on your new cafe for which you only just signed the lease.

You are told that the street is totally inundated and unsafe to attend. Your cafe is awash. You reach for your phone to ring someone - but a Telco signal is unmanageable because the hippies have burnt down the 5G tower.

Six weeks later after spending your last savings on a rental campervan, you and the family apply for government assistance because your property is considered a condemned entity by the insurance company. Three weeks later while living in a tent in a park you are told your application has been rejected because the assistance package only applies to people who can prove they own nothing but bank debt.

From the tent park you start again with the smile of knowing.