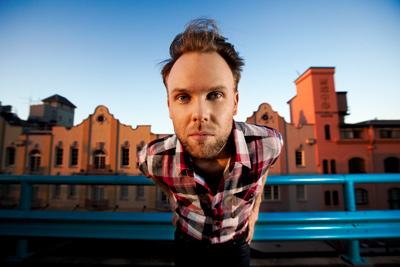 Scott Spark sings about shift-work, strategies for outsmarting death, the importance of delusions, love, wanderlust at Christmas-time and life's variety of fuck-ups, while plinking the keys of anything that has them. (Fact: as a misguided teenager he also learned saxophone, until - true story - somebody shot at him to make him stop. Keys were a safer choice!).

Scott is giving away the toy piano used in the album's recording sessions. This toy piano was a last minute, love-at-first-sight purchase from a ramshackle, dingy music store in New York - think Black Books except with musical instruments. To win this treasured instrument, join Scott Spark's mailing list at www.scottspark.com.au before the tour kicks off!
Download free bonus tracks at www.scottspark.bandcamp.com. Then, book tickets to one of the three capital city launches and all shall be revealed a day or so before the tour, via the mailing list.