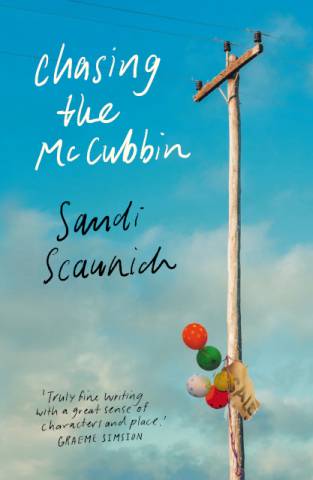 Set against the background of the early 1990s, Chasing the McCubbin is a story of loneliness and the ageless desire for belonging. The debut novel from Melbourne author Sandi Scaunich, it will be one of the most heartbreaking yet feel-good novels you will read this year.

The Pines, an outer Melbourne suburb down on its luck. A country in the grip of recession. Experienced collector Ron senses new possibilities: swift evictions provide hard-rubbish to scour and garage-sales have doubled. There's only one problem: since losing his wife, Ron has struggled to navigate the suburbs alone. Plus, his deteriorating health slows him down.

This all changes through a chance meeting with Joseph, a troubled, withdrawn and unemployed 19-year old who knows nothing about antiques. As Joseph comes to understand and appreciate Ron's world of eccentric bargain hunters, and hopefulness, his ability to navigate a history of family violence and to see a future for himself grows. Both come to share the wild dream of finding a rare bargain such as an original Frederick McCubbin painting and making their fortune. So begins an exhilarating adventure and an unlikely and beautiful friendship.

About the author
Sandi Scaunich has worked extensively in government and non-government organisations, as well as an academic and tutor across three Melbourne universities, in the fields of anthropology, public health and gender equality. Her writing has appeared in various online blogs, academic reports, as well as The Age newspaper. When not writing, hunting for second-hand bargains or spending time with her husband, children and Pesca the Kelpie x, she works as a Diversity and Inclusion Consultant. Chasing the McCubbin is her first novel.

Question: What originally inspired the idea of Chasing the McCubbin?

Sandi Scaunich: My parents, really – they've been 'pickers' my entire life. A few years ago, I accompanied my dad on his usual Friday picking rounds for the first time. (For the uninitiated, this is when collectors door-knock at addresses to advertise upcoming garage sales. The aim is to get in early and snap up bargains!) At one point, as we were circling the suburban streets, I asked Dad why he did it – picking. It was an obvious, simple question, which, strangely, I'd never thought to ask. Without hesitation, he replied, matter of fact, 'Sand, we're all out chasing the McCubbin.' And at that moment, I knew I was going to write a book. I had the title before the story!


Question: What did you learn, about yourself, whilst writing Chasing the McCubbin?

Sandi Scaunich: On a practical level, I learnt that writing a novel is a skill that requires practice, patience and self-kindness. I soon discovered it was an emotional journey! Packed with insecurity, doubt, and rejections, but (thankfully!) eventual satisfaction, elation, excitement and a profound sense of achievement.

In Chasing the McCubbin, I wanted to feature the intersecting themes of poverty, unemployment, rigid gender roles, class, isolation, stigma and belonging. Which actually was a transformative experience for me. Through Ron, Joseph, June and Leonie, I felt the lived impacts of these issues, which affected me on a deeper, more profound level. To me, these characters lived and breathed; I wasn't expecting to feel such an enormous attachment. 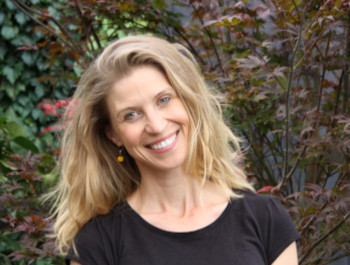 Question: Are the characters based on anyone you know, in real life?

Sandi Scaunich: Yes, in part. My parents inspired the characters of Ron and June. Joseph, on the other hand, is an amalgamation of many teenage boys I grew up with. Joseph represents the boy that resided on the fringes of the classroom and school ground: quiet, overlooked, inwardly suffering, shy, non-sporty … After high school, he was the classmate that slipped into an invisible, forgotten space. Similarly, Leonie isn't based on anyone in particular; she represents the myriad of victim-survivors of intimate partner violence that, back in the 1990s, lacked individual agency due to the structural, social, cultural, political and economic forces that stigmatised and discriminated women like Leonie.

Sandi Scaunich: Oh, a lot! I'm a very visual person, which means I need to see something for an idea to spark. Several scenes in Chasing the McCubbin are based on a real memory or encounter. For instance, one of my favourite scenes is when Ron and Joseph are at a garage sale, side by side, flicking through an album filled with soldiers' portraits. This scene was inspired by a similar experience I had while attending a garage sale. The image of the soldiers' faces stayed with me, and so I was determined to weave it into the narrative.


Question: What's the main message you hope readers take from Chasing the McCubbin?

Sandi Scaunich: Society (think politicians, businesses, media, etc.) is guilty of making sweeping class-based judgements which reinforce damaging stereotypes that overlook the fundamental broader context of disadvantage. Chasing the McCubbin, I hope, offers an alternative narrative. For instance, Ron is hardworking, while Joseph's situation is the result of complex intersecting factors that often accompany poverty, such as drug use and family violence. And Leonie, as I talked about earlier, lacks the broader structural support needed to reclaim individual agency and independence.


Question: What research did you do, prior to writing Chasing the McCubbin?

Sandi Scaunich: I spent many Fridays with my dad on his 'picking' rounds. I took copious notes! On Saturdays, I frequented local garage sales, hunting for interesting objects that could be weaved into a scene. And quite a few did!

Then there was the setting, the early 1990s. Authentically capturing the period was crucial, so, I spent two (intense!) weeks in the State Library of Victoria wading through old newspapers. I took a ton of notes on major news headlines, read opinion pieces and used my skills in discourse analysis to identify common words and their contextual meanings. That all provided a rich detail of social sentiments and understandings of the time for issues like family violence, unemployment, and Aboriginal affairs and rights. I also pointed my sharply honed gender lens to canvass the images used in the print media, and unsurprisingly, overwhelmingly white women were presented in traditional, gendered ways (i.e. holding children), wearing feminine attire in unassertive postures. This standardised representation gave me a frame for viewing 1991 Melbourne society, and I was able to sprinkle these insights throughout the novel to instil a sense of time and place.


Question: What is the best thing about creating characters like Ron and Joseph?

Sandi Scaunich: I love that I was able to evolve them, I hope, as both complex and nuanced. Through Ron and Joseph, I was able to explore masculine norms that prevailed in suburban Melbourne in the 90s. I wanted to know how two very different men would fare in close proximity, spending countless hours together. Would they get to know each other on a personal level? Or would societal expectations around what it meant 'to be a man' stop them from making a deep connection? Back then, there were more rigid 'rules' around masculinity – neither expresses himself and thus remains oblivious to the other's real plight. I love the way their friendship develops gradually, and it does so in the only way two men in 1991 could – with few words, only actions.

Sandi Scaunich: I am definitely in the debut writers' camp of 'write what you know'. Stick to a subject you're passionate about and know intimately. And listen to your gut instincts. For instance, there was a moment in the early stages of writing Chasing the McCubbin when I toyed with the idea of changing Ron's character. By way of background, Ron is meant to represent a modern reincarnation of the man in Frederick McCubbin's famous painting 'Down On His Luck'. In the 1800s, impressionist painters, such as McCubbin, were promoting the white male narrative through their works – the white man as explorer, worker, prospector, farmer, etc. In light of contemporary values, I was tempted to carve up this traditional narrative. But Ron was simply too clear in my mind to disregard. I could hear him speak, visualise his walk and see him pottering in the shed. So despite my brain urging me to sever the continuation of the white male narrative, my gut told me to stick with Ron. Likeable or not, progressive or not, he evolved authentically as I saw him. Authentic characters engage readers; if they're not, they risk feeling more like vehicles. Trust your instincts, I reckon.

Sandi Scaunich: I've always loved creative writing – ever since I was a child. It's like a release, a form of meditation even. When I'm writing, I get lost in the story and forget everything around me. For years I repressed this yearning! The pressures of work and family. It's only now, later in life, that I've finally given myself permission to write.

When I was little, I thoroughly enjoyed fantasy novels. I was always daydreaming and making up stories in my mind – I still do!

Sandi Scaunich: I've almost completed my second novel. It's very different to Chasing the McCubbin. It's a sweeping parallel story with dual timelines that speaks of power, trauma, separation and survival and of the deepest mysteries of love, family and connection. Stay tuned!