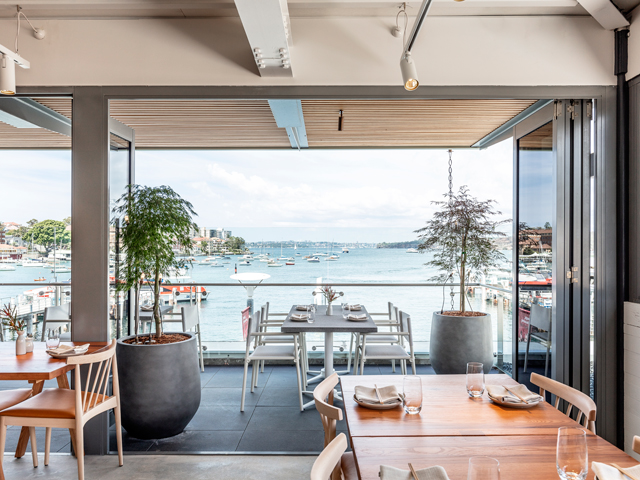 Just a month shy of Saké Manly's first birthday, multi award-winning design group Luchetti Krelle has brought home the Multiple International award, which is given to a restaurant that is part of a group and judged against other international entries. The awards ceremony was held in London, last week.

Now in its 11th year, the awards attracted over 1000 entries from the United Kingdom and 70 other countries.

The judges described Saké Manly as: "a beautiful design considerate of the magnificent surroundings. The precision and cleanliness of the design respects the Japanese heritage and feels authentic."

Designer Rachel Luchetti said the award is validation of an excellent client/designer relationship. "We are just so thrilled to be entrusted by Rockpool Dining Group, and Chief Executive Officer Thomas Pash in particular, to push boundaries and bend space to achieve a world-class restaurant dining destination in one of the most amazing locations on Sydney harbour."

Rockpool Dining Group Chief Executive Officer Thomas Pash applauded Luchetti Krelle for creating an elegant and tranquil setting that is synonymous with Saké Manly's waterfront location. "We are thrilled that Saké Manly was acknowledged in these prestigious, international awards," Mr Pash said. "Rachel and Luchetti Krelle are part of the Saké family, having designed four of our six restaurants. As we head towards Saké Manly's first birthday on Saturday 9th November, this is a double celebration for our team."

Saké put its signature super-fusion culinary stamp on the seaside suburb of Manly in November 2018. The 300-seat restaurant combines a mellow beach-side vibe with sleek features and expansive views of Manly Cove.

Floor-to-ceiling, bi-fold doors open to a spectacular al fresco terrace with breathtaking ocean views. Inside, the restaurant falls into several defined spaces that each lend themselves to different occasions and events: a light-flooded dining room with an abundance of window-side tables, an open kitchen featuring a robata grill and sushi counter, a bar and lounge area, and a series of breathtaking private dining rooms that create a dramatic central feature.