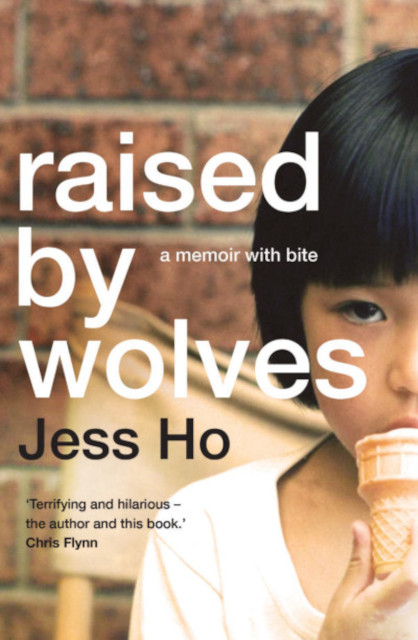 Growing up Cantonese in the racist outer suburbs of Melbourne was hard enough for Jess but add a dysfunctional family who only ever made peace over food (and then only until the bill arrived), and it was clear that a normal life was never on the menu. Jess emerged from childhood with two important traits: a major psychological complex, and a kick-arse palate, traits that would help them fit right into the messy world of Melbourne's food scene.

In hospitality, Jess found a new family, a bunch of outsiders who shared their lust for life and appetite for destruction. As the Australian food scene exploded, fuelled by a thirst for the sort of 'exotic' foods Jess had grown up on, Jess thrived, helping to create iconic venues, and became one of the most influential voices in Australia's bar and restaurant scene. But over time they realised that the industry they loved had its own dysfunctions: greed, ego, sexual harassment, exploitation and a never-ending festishisation of Asian food culture. And Jess wasn't one to hold their tongue.

Raised by Wolves is a fierce, funny and razor-sharp coming of age story from a savage new voice.

About the author
Jess Ho is best known for their take-no-prisoners opinions on the hospitality industry. They were the food and drink editor for Time Out Melbourne, having previously contributed to several bars and restaurants guides for the publication, along with countless reviews. Jess has also been published in The Guardian, Food service REP, Virgin Voyeur, Time and Tide, and Eater, and has contributed to many restaurant guides and cookbooks. Jess has also worked in a front-of-house and back-of-house capacity in their fifteen years in hospitality and has owned and run a wine bar. Jess is a regular presenter at food and wine events and festivals across Melbourne and has toured large-scale wine events around the country. They've also been a judge on a commercial network food show, but don't ask them about it unless they've had something very strong to drink.

Jess had several short stories published with various university and lit mags"Litmus was one of them, they think"but hasn't kept a record of their names or copies of her published writing because they don't have a sentimental bone in their body. They also believe we will all die in a natural disaster, so we don't have the burden of legacy. Raised by Wolves is Jess' first book. Jess lives in Melbourne.