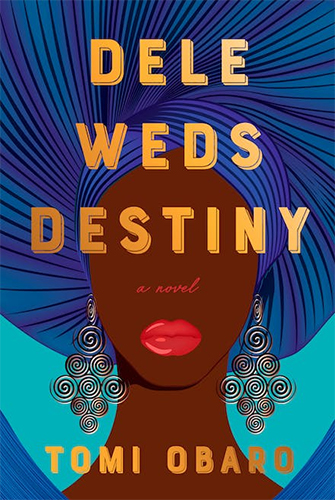 DELE WEDS DESTINY is the heartfelt, vivid and sparkling debut novel by editor and writer Tomi Obaro, celebrating the resilience and power of long-lasting female friendship.

Enitan, Funmi and Zainab first meet during their politically turbulent university years in Lagos - a time which cements their friendship, as together they all slowly learn how to become themselves. But when Enitan heads to New York to elope with a white man, Zainab and Funmi are left behind, though with drastically different fortunes. Zainab finds herself the sole breadwinner for her disabled husband and their four sons, while Funmi, larger-than-life in her youth, lives in a palace of confined luxury as the wife of a shady, successful businessman.

Their friendship goes on to endure decades of distance and, thirty years later, they're finally reunited in Lagos for the wedding of Destiny, Funmi's daughter, in 2015. Here, after all this time, they will reflect on their pasts, the things they loved and lost - but the present brings unexpected surprises and they soon discover that their daughters might be just as rebellious and open-hearted as they once were.

A story of three women, over three decades, we witness the shared histories, betrayals and triumphs play out, and their unforgettable, enduring friendship.