Pamela B. Green Be Natural The Untold Story Of Alice Guy-Blaché

Synopsis: Narrated by Jodie Foster, Be Natural: The Untold Story of Alice Guy-Blaché is a documentary about the first female filmmaker, Alice Guy-Blaché, which explores the heights of fame and financial success she achieved before she was shut out from the very industry she helped create. Guy-Blaché started her career as a secretary to Léon Gaumont and, at 23, was inspired to make her own film called La Fée aux Choux (The Cabbage Fairy), one of the first narrative films ever made. After her filmmaking career at Gaumont (1896-1907), she had a second decade-long career in the U.S., where she built and ran her own studio in Fort Lee, N.J.

Over the span of her career, she wrote, produced or directed 1,000 films, including 150 with synchronized sound during the 'silent' era. Her work includes comedies, westerns and dramas, as well as films with groundbreaking subject matter such as child abuse, immigration, Planned Parenthood, and female empowerment. She also etched a place in history by making the earliest known surviving narrative film with an all-black cast.

Green has dedicated more than eight years of research in order to discover the real story of Alice Guy-Blaché (1873-1968) – not only highlighting her pioneering contributions to the birth of cinema but also her acclaim as a creative force and entrepreneur in the earliest years of movie-making. Green interviewed Patty Jenkins, Diablo Cody, Ben Kingsley, Geena Davis, Ava DuVernay, Michel Hazanavicius, and Julie Delpy - to name a few--who comment on Guy-Blache's innovations. Green discovered rare footage of televised interviews and long archived audio interviews which can be heard for the first time in Be Natural, which affords Alice Guy-Blaché to tell her own story..

Pamela B. Green's energetic film is both a tribute and a detective story, tracing the circumstances by which this extraordinary artist faded from memory and the path toward her reclamation. 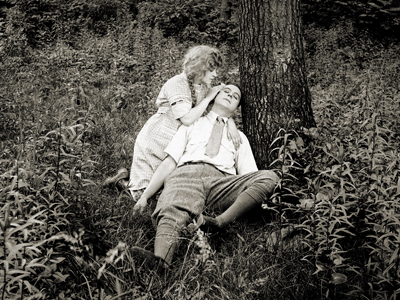 Who were the first film directors?

Responses may vary, but they would rarely include Alice Guy-Blaché, who as early as 1896 made one of the first narrative films in history. Perhaps the most famous woman you've never heard of, Alice is a person that should never be forgotten which is why I've dedicated over 8 years to make this film to tell her story.

The core of this film is the previously untold story of Alice, a creative force, entrepreneur, leader, and mentor in a new field that she helped pioneer. This film is the celebration of a woman who was there at the beginning of moving pictures, at the intersection of innovation, technology, and storytelling that later became the entertainment industry as we know it today.

Since the film was centered around a driving female force in the film industry, I knew it was important for me to get a strong female to narrate. Jodie Foster was a no-brainer. She is an amazing actress, director, and producer. And she speaks perfect French. We needed somebody who understood the language and the culture to help tell the story seamlessly. Beyond Foster, the support from the film community has been instrumental in the making of this film. Robert Redford was the film's first supporter, with Catherine Hardwicke being the first in-depth interview I was able to conduct. What may be the biggest surprise to some people is that Hugh Hefner is the largest single donor to the film. The outpouring of support from Hollywood in general has been overwhelmingly positive and has encouraged me to complete this film.

I was first moved to begin production on this film as I was watching a television program about pioneering women in cinema, including Alice Guy-Blaché. I didn't go to film school, but I work in the entertainment industry and I was surprised that I had never heard of her. I asked several people and I realised that they too had never heard of her. And I just kept asking. How could such an important figure in the birth of cinema be unknown? It became clear I had to tell her story. Having worked on Robert Redford movies doing title sequences, I asked him and he was surprised that he did not know of her. 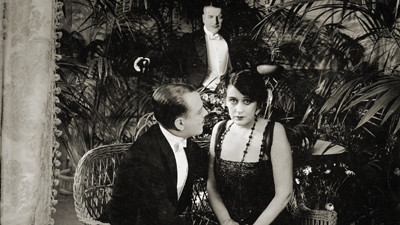 The descendants of Alice Guy-Blaché gave us full access to her papers, photos, diaries, artifacts, and other materials in her personal archive. As part of the detective work for this film, we discovered a lost film collection, one of the oldest in the world, and identified some 10 films that Alice directed or produced. All of this allowed me to fill in the missing links in the story – and along with the new information, I discovered there were many controversies surrounding this remarkably creative woman.

Alice was working at the cutting edge of technological advancement in film, and I wanted to use the latest and the best technologies available today to tell her story. The aesthetic approach is guided by the look and feel of the turning point between the Belle Époque and the early 20th century filtered through a modern lens. We aim not just to look back at Alice's past, but to stand next to her and look into her future – our present.

I felt like now was the right time, more than ever, to step forward and help bring Alice's story to light, given all the current conversation about women's rights and how more often than not, women's stories are pushed to the shadows throughout history.

My hope is that this film furthers the conversation around how necessary women are to the art of cinema. If people know about Alice"or knew about and continued to remember her contributions to early cinema- how different might the creative and business landscape be? There were many, many women filmmakers in the early years but history has forgotten them. It's time to change that.

In all, and in many ways, the film bridges the gap between past and present, and I believe it will inspire future generations to pick up their tools (whatever they may be) and go for it – inspiration for the generations to come.

There's an Alice in all of us. If you have a dream, and you visualize it, you can do it.