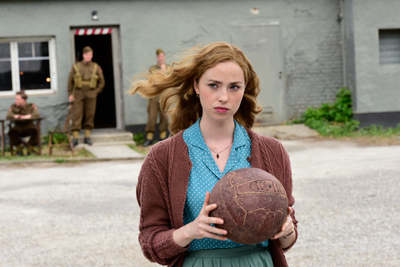 Synopsis: Based on an incredible true story, The Keeper follows Bert Trautmann, a German prisoner of war whose exceptional skills on the soccer field get him noticed by the manager of a local football team. Impressed by Bert's prowess as a goal-keeper, the team manager gets him out of the camp to play for his team. Meanwhile, a love slowly blossoms between the manager's daughter and Bert despite local hostility. In addition to the disapproval of his relationship, Bert's subsequent signing by Man City brings passionate protests from the people of Manchester, a city that had been severely bombed in the War. However, against all odds he won over even his harshest critics during the FA Cup Final for Manchester City in 1956. After an on-field accident, Bert broke his neck… and continued playing to secure victory.

The Keeper is an obvious film in many ways. 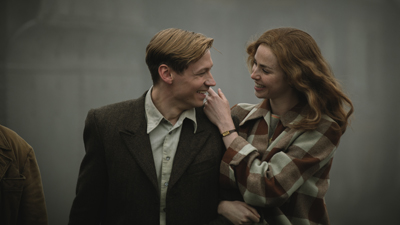 The heroic story is obvious. The former enemy becomes the hero of a nation: a unique sportsman biography that exemplifies what sport can contribute to the reconciliation of hostile countries. A film that shows that reconciliation requires two things more than anything: on the one hand, someone who understands that he has committed a crime and has the courage to apologise for it, and on the other hand, someone who is willing to accept this apology. The focus is on the individual responsibility of each person for his or her actions, but even more on the responsibility for his or her inaction. It is an appeal that solidarity and humanity do not happen on their own but have to be fought for.

Not quite so obvious, but very important to me: The Keeper is a story about the primal longing for the perfect world of our childhood and the struggle of this childhood against the monsters of our supposed civilisation. It is the longing for the timeless moments in which one enjoys the moment guilt-free and the happiness of the world flows happily through the soul.
– Marcus H. Rosenmüller