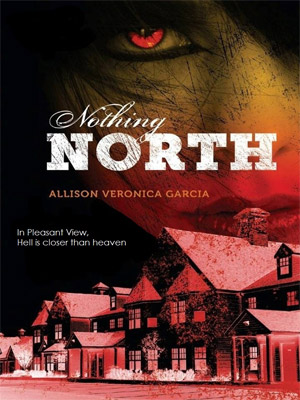 Amy Millers is one lucky girl, or maybe fate intervened. In an industry that's full of enthusiastic and determined journalists, she's been offered the chance of a lifetime to work at Gates Publishing, one of the world's largest publishing firms. Everyone there stinks of money and power and when they let their money do the talking, they become invincible. From all the hundreds of applicants who applied, they chose Amy. It must have been her deep love and long standing commitment for the English language that they sensed because she shined brighter than the rest.

But there's more to Amy than her love of writing. She dreams a lot and her dreams are not always nice. Sometimes her dreams come true, for better and for worst. Her nightmares especially are vivid, disturbing and a tease of what is to come in waking life. She's always been in denial about her dreams, but she will soon find out that denial will take her nowhere and ignoring her them could be dangerous to her and to those she loves.

The catch with her dream job is that she must move up north to a town called Pleasant View. The residents are in simple terms, loaded, and they have the power to dictate what goes and what doesn't. It's a place where the rich and elite travel to escape city life when it all becomes too much for them. Amy makes the bold decision and leaves everyone and everything behind, but things prove to be very different in Pleasant View and through a series of twisted events, Amy realizes that she's definitely not home anymore, for more wrong reasons than good.

There's also another catch, one that Amy never saw coming. The town has a solid history of possession and not the kind of possession that means 'possession of fine, material goods". Every decade or so, a local is possessed yet the whole town deems that person crazy for no good reason. They're all clearly in denial. Residents will come up with excuses as to why that person snapped since they're non believers of the supernatural. The last recorded outburst of someone was in 1996 and in time, the notion of any demonic possession becomes a myth, a legend, and a story to be told on Halloween to scare children. But nothing was ever as it seemed to be and the arrival of Amy only awakens what the town never believed in. She is soon thrust into the middle of a dark mystery - the disappearances of David Moore and Mary Kelp. Some say they fled the town together, others laugh at the idea that a demon took them away. This was the first case of people vanishing in Pleasant View and also the last. Murder is on everyone's lips and the question of 'who did it?" remains a mystery, causing deep suspicion amongst everyone.

Amy meets Eric, owner of the Gates Empire, who is not that innocent upon first appearance. She encounters the handsome and loyal right hand of Eric – Jonathan, who has a shameful past of his own and Amy finally meets Jennifer Gates, Eric's daughter, who has her own dark past with plenty of skeletons still lurking around, waiting to be freed. Amy has an unwelcomed and frightening encounter with some residents who want to prove to her that the legend was real all along. Everyone is linked together for one single reason and no one is spared in Pleasant View, not even Amy. It is only a matter of time that she discovers what this town has been unwilling holding for so many years. From prophetic nightmares, to discovering that escape is impossible, Amy must avoid danger and spite from others who will stop at nothing from keeping the truth coming out, even if it means murder.

There is a war going on between good and evil and Amy encounters a priest who reveals her true destiny. She and eleven other people who have experienced the same fate must form an army and fight against the darkness before they create havoc on earth.

Anything can and will happen in Pleasant View and an unexpected shocking twist in the end will reveal everything. It is only then, that Amy decides if everyone in Pleasant View had it coming.

Question: Can you tell us about Nothing North?

Allison V. Garcia: Nothing North is a supernatural thriller that tells the story of Amy Millers who is a very talented journalist in search of something more in her life, especially in her career. She yearns to escape from her hometown and in time she soon travels up north to a town called Pleasant View. She lands her dream job in this prestigious town where only the rich and elite go to. Living in this town is expensive but she is determined to make it. She is shocked to find on her second day that there is a long standing mystery concerning two residents name David Moore and Mary Kelp. They were declared missing six years ago and they were never found. With no clues as to their whereabouts, the only thing police could find was a bloodied white shirt that was dumped in a bin on Main Street which was believed to have belonged to Mary. Suspicion still haunts all the residents as to what really happened to them, but Amy is more shocked to discover that there is a dark legend that has been lingering over the town for many years - the legend of possession. Amy's arrival only awakens what the town never believed in and she soon discovers that everyone is guilty of something and they are all hiding something that ties them to the two disappearances. One thing is for sure, only one person is leaving Pleasant View. Amy sees firsthand the corruption and lies of people and those that work for the police.


Question: What inspired you to write Nothing North?

Allison V. Garcia: I've always been a fan of good thrillers that have a strong plot and well developed characters. I'm drawn to the build up of suspense without giving too much away, but I've always been fascinated with the supernatural. I've always asked myself "what if?" - What if some legends are true but we just don't truly understand them? There has never been any solid evidence to claim that ghosts, hauntings, etc, don't exist. My love and curiosity of both elements allowed me to blend them in together and so, Nothing North was created. Half of my bookcase if filled with crime reference books and the other half is filled with supernatural books - the perfection combination for me! I also really wanted to explore how far a person would go to expose the truth when she has no one on her side. Amy Millers is first seen as a very fragile, scared person who ventures out on her own for the first time, but she also proves to be very determined and strong-willed when faced with very terrible circumstances such as murder, cover-ups, lies, corruption and even malicious forces!


Question: How did your strong family history of direct relatives that used worked in the police force help write Nothing North?

Allison V. Garcia: My family history of relatives who used to work as police officers and also as undercover detectives highly influenced my writing for Nothing North. Listening to their personal stories of how they got the bad guy and the process they endured to get there motivated me to write a thriller. My second novel All the Owls Cry is also a deep reflection of my relatives going undercover. We see in movies that it's all action with guns firing off and explosions, but in reality, it's very different and in my view, incredibly scary. The dark and dangerous people they've met shock me and I know I could never do what they've done but I also accept that someone has to do it. I still have the image in my head when my grandfather told the story when he was shot on his side during a bank robbery. Luckily he survived, but he would forever walk with a painful limp. Some characters in Nothing North are a reflection of some really twisted and dangerous people my relatives had to deal with. The ultimate villain in the Nothing North is Jennifer Gates. She's a good example of someone who has a twisted view of reality with no remorse for victims of murder.


Question: Why did you decide to incorporate a supernatural twist into the book?

Allison V. Garcia: I couldn't help but incorporate a supernatural twist to Nothing North. I love everything supernatural and it's always captured my curiosity from a very early age. I'm not afraid of stories about hauntings and other paranormal activity as I believe we need to understand these events more. I think that some events are not supernatural at all, but rather a manifestation of us - in other words, we create certain "paranormal" events around us when we're highly stressed, but I certainly believe that some supernatural events are indeed real. The main character in Nothing North dreams a lot and sometimes her dreams are prophetic. I believe in the power of dreams and the messages we can obtain from them for either supernatural or psychological reasons.


Question: What advice do you have for other aspiring writers?

Allison V. Garcia: It's important to write what you love, not what you think you should be writing. I'd like to say to every aspiring writer out there to never, ever give up. I know these are just words and the rejections are not easy to deal with, but if you love writing it will show and people will take notice. I understand that the writing industry is fierce, but someone will say "yes" to your work if you persevere and refuse to give in. It took me two solid years before a publisher discovered my work and agreed to publish it. Now, thanks to Horizon Publishing Group, I have three novels published by them, all because I refused to give up. They also appealed to me because they support emerging writers. I know we all have that little voice in our head that tells us we're not good enough, but keep on writing - even when that little voice is shouting at you to give up. In time, that voice will be silenced and you will accept that you are a great writer as I don't believe in such things as bad writers. If you still need a confidence boost, study a writing course, get your manuscript professionally appraised, join a writing group and start your own blog so you can practise your writing. I live by the motto: Write as often as you can, however you can, for as long as you. Who knows, you might just be the next J.K. Rowling or Dan Brown, but you will never know until you try. No one writes like you so keep showcasing your unique style. Who better to do it than you?