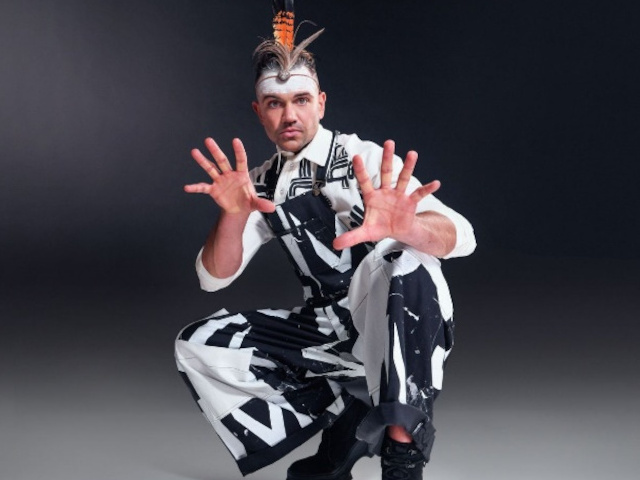 Australian world music star Mitch Tambo is tackling the theme of what it means to heal both individually and as a nation in his latest single 'Heal' available now on all streaming platforms.

The Sony Music artist says the song is one close to his heart and one that has aided him in reflecting on his own healing journey.

"This Father's Day was very special for me, as my wife Lea and myself are expecting our little 'cherub' baby together soon," Mitch said. "I'm currently a step-dad to our three amazing girls to which I feel very blessed and I don't take the role lightly."

"In order for me to become a good dad I've had to go on my own journey of self-discovery and growth, whilst reflecting on my relationship with my own father. The process has been confronting and very healing, a healing which still continues today and isn't necessarily a negative thing, as healing is truly a journey" said Mitch.

Although Mitch's father was in his life, he did not live with him full-time, and he was instead raised by his incredibly resilient mother Roz. However, Mitch's bond with his father strengthened later in life, only for them to realise that they didn't have much time left together.

"Sadly when I was 22, dad was diagnosed with two types of cancer and in 2012 he passed away eight months later.  Healing old wounds and healing in general isn't easy, but it's something I'm constantly working on as I want to be the best dad possible for my children." Said Mitch.

"It's important to me to be a strong role model and a present dad for my children, and I feel a part of being strong is being able to be vulnerable and open up about topics such as grief."

Within the context of healing in the song, there are also many references to land and a calling on the elements which ties into Mitch's deep connection to his culture and country. ''I feel if we are blessed enough to back our country, if we allow it, there is a really deep healing that can take place'' Mitch said.

'Heal' is the follow up release to Mitch's single 'Dreamtime Princess' which aimed to empower First Nations women, and women everywhere, to rise up, feel honoured and celebrated.

Hailed as the "the new voice of our generation", Mitch spent 2020 busy as ever, releasing 'Love', an upbeat anthem, sung in Gamilaraay and his electro-pop version of Vanessa Amarosi's 'Absolutely Everybody'. He was also a recent part of the 2032 Brisbane Olympics bid with his version of John Farnham's 'You're the Voice' used for the bid. Additionally, he  took part in Australia's Biggest Singalong for SBS and has collaborated with Twinings for their Live Well range of hot herbal teas and cold infusions.

Since his star turn on Australia's Got Talent in 2019, Mitch's debut album Guurrama-Li soared up the iTunes All Genre and World Music charts in Australia, UK, USA, Malta and Eastern Europe, including a #1 spot in Australia, #1 in Denmark, #1 in Malta, #2 in the UK and #34 in the US.

The singer has been a headline act in some of the biggest shows in recent memory including the nationally televised Fire Fight Australia: Concert for National Bushfire Relief singing 'You're the Voice' alongside John Farnham, Olivia Newton John and Queen's Brian May, The T20 Women's World Cup pre-match show, and Eurovison 2020 Australia Decides.