Time poor Australians' hunger for on-demand entertainment is on the rise.

Forget streaming videos or podcasts, 5.6 million Aussies (30%) are embracing a new literary era and are listening to audiobooks, according to new research from the world's leading provider of digital audiobooks, Audible.com.au.

The research reveals Aussies are perfecting the art of multi-tasking during -dead time', with audiobook users listening while commuting (49%), on a road trip (44%), doing the housework (38%), exercising (30%) and even on the toilet (17%).

Aussies admit to wasting one entire working day (8.2 hours) each week on unproductive tasks, such as trying to fall asleep, commuting and mindless social media scrolling; the equivalent of around four audiobooks per month.

With the majority of Australians admitting to procrastinating (85%), Aussies are now embracing Temptation Bundling. A term coined by U.S researcher Katy Milkman, this is the act of bundling something you don't like with something you do like, such as listening to an audiobook whilst working out. Four in five audiobook users (79%) say they are more likely to start a task they would otherwise procrastinate over, if they could do it while listening to an audiobook.

Other key finds from the Audible research reveal:

Let the mind run free - Audiobooks also offer creative benefits, with 91% of audiobook users claiming listening helps bring the story to life in their mind more effectively, and 33% claiming listening makes them feel calmer and less stressed.
Australia's untapped story potential – Almost three quarters of Aussies admit to having at least one unread book on their wish list (70%), over a quarter wish they'd read a Game of Thrones title, and a cheeky 17% of Aussies confess they wish they'd read 50 Shades of Grey.
The celebrity factor – more than half of Aussies would be more inclined to listen to an audiobook if a celebrity narrated it. Stephen Fry tops the list, with Scarlett Johansson pipping Magda Szubanski to the post as most enticing female voice.

Commenting on the findings, author, humourist, social commentator and mum, Gretel Killeen said: 'Audiobooks can excite, inform, comfort or seduce. They're the most perfect partner I've ever had. People have so little time nowadays that it's great to be able to do two things at once; like listen to my favourite author… and completely ignore the world outside." 'With access to many of the greatest literary works every written and some of the greatest voices of our time, audiobooks use technology to bring old-fashioned storytelling to our everyday lives." 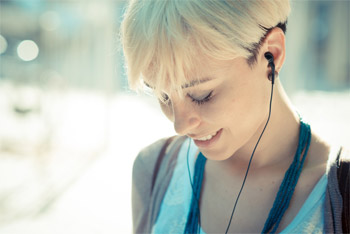 Audible.com.au, Head of Operations, Matthew Gain further said: 'With Aussies busier than ever before, it's no surprise we're reaching for audiobooks as a way to make the mundane all the sweeter. Whether it's listening to highly acclaimed thriller The Widow while on the edge of your train seat, or having Stephen Fry entertain the family with Harry Potter on a road-trip, the trend of multi-tasking with audiobooks will only continue to climb."

Audible, the world's largest seller and producer of downloadable audiobooks and other spoken word content, invented and commercialized the first digital audio player in 1997, and has since been at the forefront of the explosively growing audiobook download segment. In 2015, Audible.com.au customers listened to an average of 17 audiobooks, while globally more than 1.6 billion hours of audiobooks were downloaded from Audible.

Question: What is Audible.com.au ?

Matthew Gain: Audible.com.au is the world's leading provider of premium digital audiobooks, and other spoken-word content, including best-sellers, new releases, exclusives and much more. Narrated by the world's finest actors and narrators, Audible believes in the power of voice to enrich daily life for a growing population of people who want to be more productive, well-informed or more thoughtfully entertained.


Question: What are the costs associated with Audible.com.au?

Matthew Gain: Audible membership is $14.95 per month and you get one book credit each month to redeem on any of our 200,000 titles. Extra audiobooks are also only $14.95 or less, and customers without a membership can also purchase books on site. With our Great Listen Guarantee, if you don't like your audiobook, you can exchange it for free.


Question: How can we listen to books using Audible.com.au?

Matthew Gain: Getting your hands on the latest releases is really easy. To get started, you just need to sign up, take your pick from over 200,000 audiobooks, and you can then carry your audiobook library around in your pocket on your smartphone or tablet with the Audible app. And no matter how big your audiobook collection grows, they're all yours to keep forever.


Question: Are you surprised that so many Aussies are embracing audiobooks?

Matthew Gain: Not at all – with Aussies busier than ever before, it's no surprise we're reaching for audiobooks as a way to make the mundane all the sweeter. Whether it's listening to while on the edge of your train seat, or having Stephen Fry entertain the family with Harry Potter on a road-trip, the trend of multi-tasking with audiobooks will only continue to climb.


Question: When are Aussies listening to audiobooks?

Matthew Gain: Our research reveals Aussies are perfecting the art of multi-tasking during -dead time', with users listening while commuting (49%), on a road trip (44%), doing the housework (38%), exercising (30%) and even on the toilet (17%).


Question: What is Temptation Bundling?

Matthew Gain: Temptation Bundling is a term coined by U.S researcher Katy Milkman and looks at the act of bundling something you don't like with something you do like. For example, you can listen to an audiobook whilst working out at the gym, commuting or even while ironing!


Question: Are all books available on Audible.com.au ?

Matthew Gain: Audible.com.au offers more than 200,000 titles for users to enjoy - think of it like a massive bookshelf with best-sellers, classics and new releases all at your fingertips. 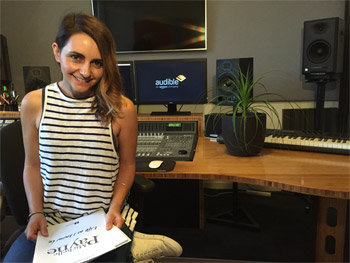 Question: What are some of the most-listened to books on Audible.com.au, currently?


Question: Why do you think Aussies are embracing audiobooks even more rapidly than in the UK?

Matthew Gain: As a nation, Aussies are early adopters of tech but also have longer than average commutes; so it's no surprise we're perfecting the art of lost time by listening while commuting or on the go. Whether it's a tall tale at the pub, a yarn around a campfire or reminiscing to while away the hours on a long road trip, Aussies love a good story.


Question: What audiobooks are currently on your to-read list?

Matthew Gain: The two audiobooks on my wish-list are -The Midnight Watch' by David Dyer, a psychological thriller based on the true story of the SS Californian, the ship that saw the Titanic's distress rockets and didn't do anything; and -Work Rules!' by Laszlo Bock, the brilliant and innovative head of Google's people operations.