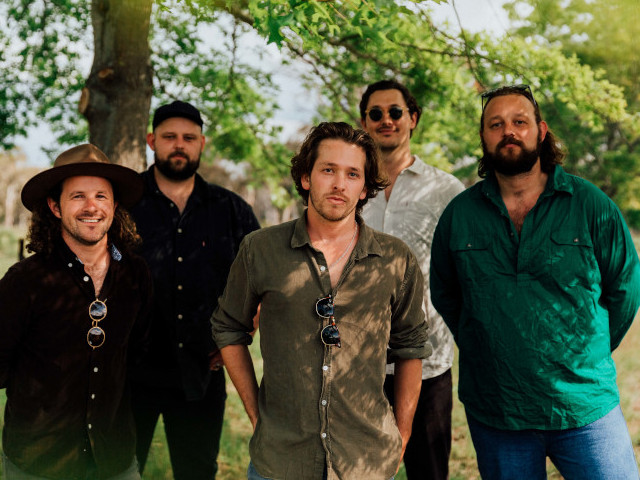 Sydney rockers Marvell have released their most powerful single to date – Needle, a true journey of a song that describes the hardships, trauma and impossible hope that accompanies a cancer battle. Accompanying the track is an equally affecting video, made in collaboration with Brae Fisher (Dear Seattle). Needle precedes Marvell's new EP, Comfort Is King which they released on December 9.

Needle is one of those songs that sticks with you long after the first listen. Bold, raw, defiant and brave, the track begins with a soft acoustic guitar and vocalist Max Marvell's sole voice before interchanging vocals with his brother Tom in the second verse - symbolic in that cancer can be a lonely road, but a second voice joins in to support – then builds into a massive, full band climax, mimicking the often startling, always affecting journey that follows a cancer diagnosis. For Marvell, the song is deeply personal, as Max explains, "We wrote Needle when our then-drummer BJ was battling testicular cancer. We wanted to write about how we felt, imagining ourselves in his shoes and really trying to understand what he was going through, rather than just telling his story. The track starts as something contemplative, going through the fear and the uncertainty then quickly evolving into a more powerful song, daring at the possibility of hope. We wanted to blend the visceral, contradictory feelings of such a devastating situation with the sterile, procedural reality that we saw BJ going through. All in all, this track aims to capture that feeling of staring down the barrel of something terrible, when all the odds are against you, and saying fuck it - I'm going to give all I've got to make it through."

The video for Needle is a deeply rare experience – all the emotion of the song is beautifully, respectfully reflected in visual form through the story of a man trying to escape a bad situation. Speaking on the conception of the clip, Max explains, "The video tells a symbolic story that relates to the lyrics and BJ's battle with cancer, but also depicts the themes of struggle in a more general way. We bounced around ideas and initially wanted to paint a very raw picture of cancer specifically, but decided that representing the themes in a more abstract way would allow the audience to dig a little deeper to find their own meaning. We wanted people to empathise, rather than just be told a story. We let Brae Fisher take the story and put his own spin on it, writing and directing a film that depicts a nameless man escaping from unknown captors. We wanted to capture the desperation and panic of the escape as the man runs away from something that is unknown to the audience."

Evocative of Australian rock legends Powderfinger, Paul Kelly, and modern influences such as Catfish and the Bottlemen and local heavy act Ceres, the EP, Comfort Is King, is demonstrative of a band in their element. Secure in their sound, confident in their songwriting skill, the EP shines from start to finish – from the contemplative, emotional Needle, to the upbeat Ratalatat, to the sweet organ sounds of Honey and the stunning, gentle closer All Of It, this is true brilliance in the form of rock/pop songwriting. Crunchy guitars pair perfectly with acoustics, pounding drums marry with the Marvell brothers' harmonies – Comfort Is King has it all, as Max says, "Ultimately, we wanted to make a fun, energetic record, despite some of the other stuff that life had thrown at us and our mates, so that we could address all the painful parts that led up to this record while not letting it take us over completely. We wanted to try and find the fun and the life amongst it all to keep us going and that's what this record is about; acknowledging the shitty times but also remembering why we play and make music - because it's a blast and brings us all together despite anything else."

Marvell: Somewhere in between Kings of Leon and Gang of Youths, but there's a whole lot in there from The Preatures to Aretha Franklin to The Lumineers. It's not really by design, we just write whatever is floating around in our noggins, throw it at the wall and if we get a good feeling we run with it.

Marvell: Needle is written about our ex-drummer BJ and his struggle with testicular cancer. We wanted to write something from our perspective, imagining ourselves in his shoes because we thought it would be more empathetic that way. He has since recovered, got married and has a beautiful daughter with another on the way!

Marvell: The music video is a metaphorical representation of struggle in general, written and directed by Brae Fisher. It depicts a man escaping captivity in rural Australia and running from unseen captors. We wanted this act of desperation and fight for survival to be set in the beautiful country that we are lucky enough to call home, juxtaposing the beauty and terror that we all experience in this life, sometimes at the same time.

Marvell: We're definitely a live band! We love recording but we prefer the high risk, high reward atmosphere of performing live and feeding off the crowd and each other. 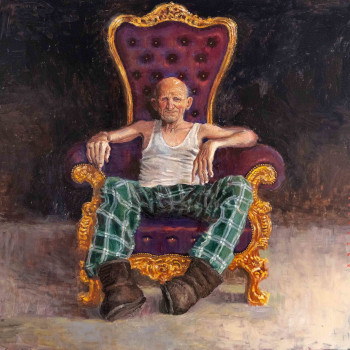 Marvell: Lots! We have a tour coming up in February and March with some of the dates still being finalised but keep on our socials for updates!

Marvell: Tom and Max had been writing and performing for a while with an EP out and were looking for a band to take on tour. We had all grown up on the Northern Beaches and knew each other through mutual friends, Tom recruited his mate BJ on drums, Jesse and Tom jammed at a party one night and then met our former bass player Harry Frank at a Studio 301 session.

Marvell: Max was working as a chef full time and doing solo gigs on the side and went to see an Allen Stone concert, after that he had an epiphany and decided to chase music full time! The rest of us followed suit shortly after.

Marvell: Find coffee immediately upon waking, then straight into work or uni, Tom is a carpenter, Dylan composes and does sound for films, Jesse manages a cafe and Theo is doing placement for his teaching degree.

Marvell: Definitely performing and just getting to live out many of our childhood fantasies of gigging, recording and all the rest.

Marvell: Don't try to adhere too closely to what's happening in the industry, the scene is constantly in flux and you never know what's going to be up or down next. Just focus on what you love and convince everyone that you're the shit with everything you've got because after a while, they'll either see it too or have to get out of your way!

Marvell: After the tour we want to get in the studio again, what that entails everyone will just have to find out...