It's 1969 and mankind has leapt up to the moon, but a young mother in small-town Australia can't get past the kitchen door. Louise Ashland ­is exhausted – her husband, Steven, is away on the road and her mother, Gladys, won't leave her alone. At least her baby, Dolores, has finally stopped screaming and is sweetly sleeping in her cot. Right where Louise left her. Or is she?

As the day unravels, Louise will unearth secrets her mother – and perhaps her own mind – have worked hard to keep buried. But what piece of family lore is so terrible that it has been kept hidden all this time? And what will exposing it reveal about mother and daughter?

Like Mother explores what is handed down from generation to generation, and asks us whether a woman's home is her castle or her cage.

About the author:
Cassandra Austin is a homesick Australian who lives in Los Angeles with her husband and two children. The author of two previous novels with Penguin Random House Australia, she worked as a criminologist and documentary film-maker, before deciding to pursue a career in writing. She is currently working with her husband, Adam Simon, co-creator of the TV show Salem, on a new TV pitch. She can be found at www.cassandraaustin.com, on Twitter @ casaustinauthor and Instagram at casaustin1

Question: What originally inspired the idea of Like Mother?

Cassandra Austin: I wrote the first draft of this novel in a white heat straight after my youngest child started school. On the schoolyard, my daughter in her blue plaid uniform skipped away from me so happily, while I wandered about dazed, deep in a fog of identity loss. A shift in parenting was now required; no longer the mother hen hovering, I had to find myself again. And it made me wonder about the mothers who can't let go of their children, the ones who don't want to make the transition. The idea took hold and I started writing.


Question: What did you learn, about yourself, whilst writing Like Mother?

Cassandra Austin: I realised that although we see ourselves as one coherent human being, we are far more contradictory and complex. So, as a mother we might carry our mother within us, but also the mother we swore to become in opposition to her. And who as a mother hasn't felt blessed beyond belief, but also depleted and torn and resentful " often all in the same moment? It was great fun to write out those different impulses.

Cassandra Austin: While my own mother was very chill as a parent, certainly not overbearing like Gladys, I can see some of myself in Louise. I was a little lost in the first flush of a demanding new baby. So there are some real feelings and thoughts directly on the page. And then, like all other writers I am a bower bird, plucking juicy details from real life and re-contextualising them. A good friend occasionally wore a dishwashing glove to keep the smell of cigarettes from her skin – I loved making use of that. But my novels aren't born of an actual event, more of a feeling or a question that won't leave me alone. A 'what if?' And I then fill this out with as many real details as I can.


Question: Was it difficult reliving certain aspects/times of your life, whilst writing Like Mother? 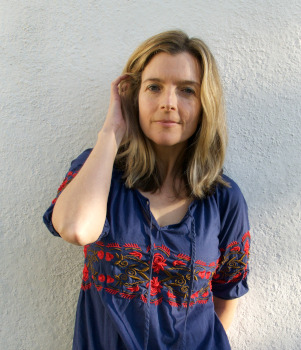 Cassandra Austin: It was, actually. Miscarriage and childbirth and those hard years parenting newborns. All the questions that come up about whether you're doing it right, coupled with loneliness and depression. But the hard times are always balanced with laughter and joy. And a good novel, like life, has to have both. I think it was cathartic (and fun) to get it all out, really.


Question: What's the main message you hope readers take from Like Mother?

Cassandra Austin: The title of my book gives away the main question I'm asking " are we destined to become like our mothers? And do we cease to be daughters when we ourselves become mothers? This book is quite intense, even melodramatic, but at its core the question is a real one. I think we all struggle with becoming our parents " and perhaps it's the things we do to avoid such a fate that end up bringing it on!


Question: What research did you do, prior to writing Like Mother?

Cassandra Austin: Had babies and breastfed and changed nappies and went a little crazy. Ha! Of course, I didn't need any more research to know about the experience of being a mother " but I did a lot of research into the experience of motherhood in 1969. I wanted to include contemporaneous events " such as the moon landing " and people's shopping habits and use of technology and clothing styles, as well as the constraints faced by women then, especially in a smaller town. The two small towns in the book are based on real towns in Victoria; Bendigo and Ballan. This gave me a lovely slice of architecture and population size to use or change as I liked. And I interviewed people who knew how the old telephone exchanges worked and when certain buildings were built or burnt. It was a fun type of research because the story doesn't depend on those facts; I could use or discard as I liked.

Cassandra Austin: Just write and read. There is nothing else but the sheer hours of craft becoming art. There is little money in it, and less glory except for the 1%, so you have to enjoy doing it. And by that, I mean having done it. A pile of laundry looks more attractive than sitting down to write sometimes, but having written " that feels golden.

Cassandra Austin: Both of my parents were teachers with a big regard for books and our house loved libraries and had many book shelves. It all began at home for me. And then I also liked curling up on a big bed with several of my cousins and telling them ghost stories. So, I'd say it was inevitable that one day I would put pen to paper. Or fingers to keyboard!

Cassandra Austin: There are three loopy aunts in Like Mother and I had so much fun writing them, I decided to give them their own book. I've just finished the first draft, so we'll see what happens after I put it away for a while and come back to it with fresh eyes…