Straight off the back of the release of their single 'Three Quarter Time', which received radio play on stations including Kix Country, Australian Country Radio and ABC Country straight out of the gates, Innocent Eve unveil their sophomore album Viking. The album is an emotive collection of songs that includes their recent hit singles 'Mixed Bag' and the title track.

Viking is a collection of Innocent Eve sisters Bec and Rachel Olsson's perspectives on life, love, people and the world, worked into melodies for others to find comfort and company in. All self-penned tracks, Bec and Rachel contribute to the album in equal parts, each bringing to the table their own half-bag of songs and working meticulously together with creative genius and producer Matt Fell at his Love Hz Studio complex in Sydney, to bring about the whole and well-rounded offering that is Viking. From heartbreak and hurt to everlasting love, politics and personal demons, Viking is as broad in its motif as it is deep in honesty.

Bec says: "Viking is our take on things. Rachel and I wrote this album over the last couple of years and we've hit everything from heartbreak and hurt to everlasting love, politics and personal demons. We want to translate to our listeners an honest account of how we're feeling through each track and really, honesty is the only tool we have in being relatable and real."

Innocent Eve have racked up many touring miles since their 2015 inception. At the end of 2019 they opened for John Williamson at the Airlie Beach Festival of Music. They were also guest artists of Luke O'Shea at the Songhouse Sessions in 2020, and have supported many industry heavyweights including Shannon Noll, Casey Barnes and Brad Butcher. They have also toured up and down the eastern states throughout many regional areas. Their 2020 tour in support of the 'Viking' single was sadly cut short due to Bec's cancer diagnosis, and future gigs in 2021 will be subject to COVID restrictions, along with Bec's recovery.

'Three Quarter Time' is not a football reference, but a reference to a style of dance known as "The Waltz". It's a song for the moment, a song with sentiments that many of us can relate to after a year of lockdowns and restrictions, and a song that is destined to be waltzing into the hearts of music fans everywhere.

Innocent Eve: We've always found it difficult to fit into a box. Having two different personalities contributing to the song writing, we end up crossing genres. We've been referred to as country, folk, americana, roots, soul, singer-songwriter and even pop. At the end of the day, I suppose we're acoustic singer-songwriters.


Question: Can you tell us about your new album Viking?

Innocent Eve: Viking is a collection of our perspectives on life, love, people and the world. It's our take on things. We wrote this album over the last couple of years and we've hit everything from heartbreak and hurt to everlasting love, politics and personal demons. We want to translate to our listeners an honest account of how we're feeling through each track and really, honesty is the only tool we have in being relatable and real.

Innocent Eve: Bec wrote this song during a lonely time in her life, after moving a long way from family and friends. 'Three Quarter Time' is a cry for help, about wanting someone to take away the loneliness. It's an aching for connection during a long, self-imposed solitude.

Innocent Eve: It's not so much a message as an offering of something that others might be able to relate to.


Question: Are you excited to be playing at festivals again?

Innocent Eve: Absolutely! It's been a tough twelve months for every musician and although we've all had to adjust our sails to bring our music to people throughout COVID from our loungerooms through devices, we're very much looking forward to playing live and feeling that energy exchange that you get from people at a live performance.

Innocent Eve: Belly Glow, for a couple of reasons. One, is when we introduce the song. People just seems to relate to the meaning behind the song. We've all worked through pain at some stage in our life, so people really connect with 'Belly Glow' and it's also an offering of hope. And the other reason, is musically we love creating the sound, the way our voices blend during the chorus, the melody, the chord progressions, and bass runs…it's just a joy to perform.

Innocent Eve: It would be our Nan, our grandmother. She's always been our number one fan and she would want, more than anyone else on the planet, to be there.

Innocent Eve: One night, we were sitting around thinking about what we would call our band, one day when we would write and record our own songs. Instead, we spent the whole night reminiscing about growing up on the farm and what an age of innocence it was. The name of the family farm, where our family still lives, is called Evelyn. An age of innocence on Evelyn, became Innocent Eve. 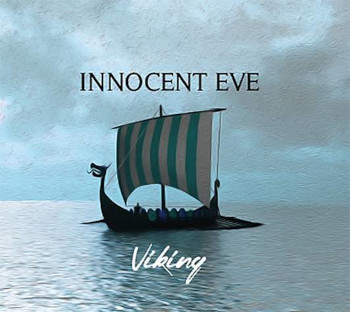 Innocent Eve: The emotion of the experience or the observation of what somebody else is experiencing.

Innocent Eve: We grew up in a musical family and contributed to our small, rural community from a very young age, performing at events. We made music with our family and friends at every event, parties, gatherings, fundraisers. Then, in our early twenties, we were in cover bands and had a tonne of fun, playing in pubs with our mates. At some point we realised we wanted to write and record our own music and share it with whoever wanted to listen.

Innocent Eve: We'd probably go old school, back to our roots and go with someone like Kris Kristofferson or Willy Nelson. Their music and poetry has stood the test of time.

Innocent Eve: There have definitely been times when we've needed to rest, pause or reset. But, never ever have we considered not doing this permanently. We'll be making music while ever we physically can.

Innocent Eve: Is there such a thing? We don't really know what a typical day looks like. Between cancer and COVID, teaching, farming, raising kids, strumming a guitar on the front veranda, hanging out in hospitals and doing online shows from our loungeroom…a typical day seems impossible to describe or even envision.

Innocent Eve: We're so excited to be back performing live and sharing the music from this new album. With Bec's ongoing cancer battle, we're just grateful to be back doing what we love, and we'll take each day as it comes and see each opportunity as a blessing.