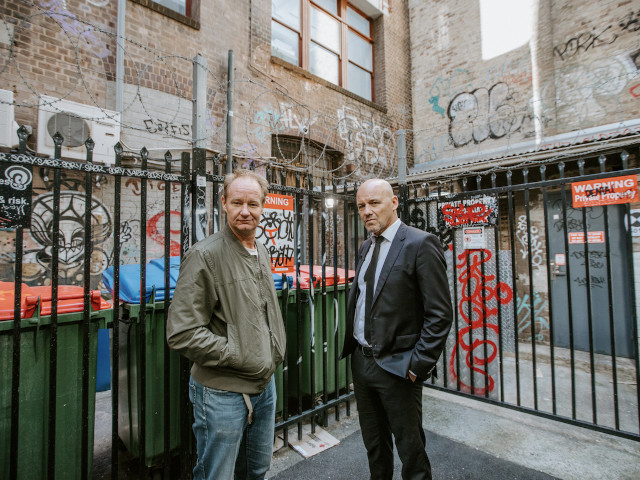 TEG Live advise that, due to the ongoing COVID-19 restrictions on live shows and interstate travel, the I Catch Killers Live tour with Gary Jubelin and Rob Carlton has been rescheduled to February / March 2022. Tickets purchased for the October / November 2021 shows remain valid for the rescheduled dates in early 2022, including the same seating, with ticket holders not needing to take any action.

In great news, the I Catch Killers tour will now be expanded to include four new shows in Newcastle, Wollongong, Coffs Harbour and a second Enmore Theatre show due to the huge demand in Sydney. These four additional shows will go on sale from 10am, Thursday 16 September at TEGLive.com.au.

The I Catch Killers tour will give true crime fans the opportunity to hear first-hand accounts from Jubelin as he is interviewed by special guest host, actor and Silver Logie Award winner, Rob Carlton.

Today, Gary Jubelin is known as the host of the top 10 ranking true crime podcast, "I Catch Killers" and recently launched the highly anticipated third series. Gary's guests include detectives, bad guys, criminologists, lawyers and forensic experts who have all been on the front line of some of the most horrific crimes this country has ever seen and offer their insights and untold stories.

This is a Live Show; there is no safety net here, it will be raw and brutally honest just like the world Gary inhabited. Gary will be put on the spot by Rob Carlton who he has known for 20 years, there will be no place to hide. You will find out what being a real homicide cop is all about, the price that is paid and how it changes you. Nothing is off limits. Rob will be probing the tough cases, ruthless criminals, controversies and regrets. You will be taken on a journey from the crime scene to the interview room and discover sometimes at the end of a case there is nothing left except darkness. But the audience will also discover that humanity, kindness and humour make this dark world a little brighter for all those involved. Ensuring nothing is left on stage, the audience also get to question Gary in a no holds barred Q & A Session.

Jubelin said: "I'm thrilled we have been able to confirm additional tour dates in my home state, NSW. Rob and I are excited to present stories that span my 34-year career in the NSW Police Force, particularly from my time as a homicide detective when I worked on cases in Wollongong, Newcastle and Coffs Harbour. Nothing is off limits, Rob will drive the questions in an interview format, and I will provide the insight to the true crimes and the criminal minds that I have been personally involved with over the years."

Rob Carlton adds "I'm really excited about these new dates in regional NSW. It takes the show even closer to where some of the crimes occurred and that's what this show is all about; giving the audience the experience of being there, alongside Gary – seeing, hearing, smelling and feeling everything he did as he chased the nations worst criminals."

The second Sydney show and additional regional shows will go on sale 10am, Thursday 16 September from TEGLive.com.au.