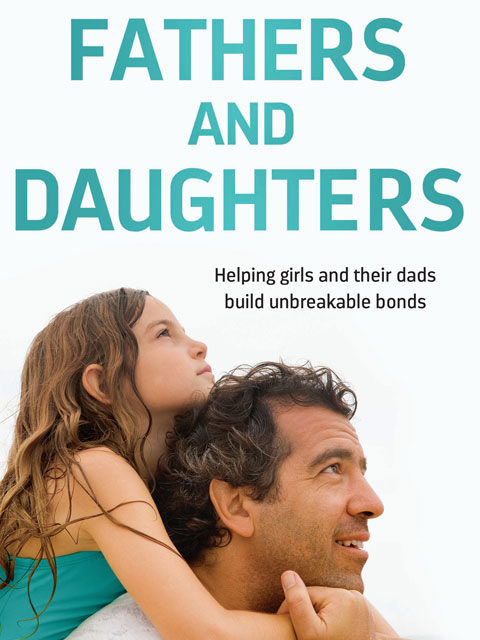 What do our girls think about their fathers?

And what are fathers struggling with when it comes to their relationship with their daughters? The bestselling author of Being 14 now tackles the complicated father/daughter relationship.

Award-winning journalist, author and commentator Madonna King has interviewed over 500 girls and many fathers, as well as leading psychologists, school principals, CEOs, police, guidance counsellors and neuroscientists, to get the answers all mothers, fathers and daughters need to know.

Exploring a father's role in his daughter's life from a daughter's perspective as well as the father's, Madonna examines the key issues that arise to help families navigate the sometimes very difficult moments. This essential and insightful book reveals why daughters turn against their fathers, teen rebellion, discipline, sexual education, the impact of broken families, how much influence a father can/should have and what you can do to repair a broken relationship.

Fathers and Daughters will give a voice to our girls, insight to our fathers and peace of mind to both.

Madonna King is one of Australia's most accomplished journalists, having worked at senior levels of News Limited and the ABC (where Madonna presented the Mornings program in Brisbane for six years). Madonna writes for Fairfax's Good Weekend, writes a highly successful weekly column for the Brisbane Times and has a regular radio spot on Brisbane's 4BC. She has written seven books, including Being 14, Hockey, Ian Frazer and Bali 9, all defined by her skilful reporting and her ability to get people to talk in depth. Madonna is also a parent of two girls.

Question: What inspired you to write Fathers and Daughters?

Madonna King: I had given a talk in Adelaide last year on the back of my book Being 14, about the challenges faced by 14-year-old girls. I was about to jump into a car back to the airport when a father, who had been at the talk, followed me. "I've tried everything," he said. "Really everything. Just tell me what else I can do to reconnect with my girls." This father had a daughter and a stepdaughter, and until they hit adolescence he shared a close and warm bond with both. Now, he explained, it was like he was invisible; as if they were embarrassed by him. They greeted him with silence, rolled their eyes at every opinion he offered and eschewed all affection. To be honest, I didn't have an answer for him. But on the way to the airport I vowed I'd find out - and started the research for Fathers and Daughters soon after!


Question: Can you talk us through the research you did prior to writing Fathers and Daughters?

Madonna King: The first thing I did was read and read and read. There are a lot of published papers on the power of a male in a girl's life, and there are certainly books on this topic. But I wanted to find out what girls were thinking, and what fathers were thinking - and where the similarities and differences lay. At first I approached schools to survey girls aged 10 to 17. In that process I asked a whole lot of questions - from when they last spent 10 minutes talking to their father to what they would like to say to him. Then I met girls in groups, at schools, and I also conducted dozens of one-on-one interviews. All up, the research for the book includes the views of 1300 girls. I then did the same with 400 fathers, and also went to school principals, well-being officers, teachers, parenting experts, authors, researchers and academics and went through all of the answers. And then I started to write….


Question: What do you hope readers take from Fathers and Daughters?

Madonna King: I hope fathers learn just how crucial they are in a girl's life and that they pick up many pointers on how they can remain crucial.

I hope girls learn just how much their fathers can offer, and that they are wanting to be more involved than our girls think.

I hope mothers learn that there are skills fathers are very good at teaching girls. It's best if parents work together on this so that they both have a seat at the top table.

I hope schools look at how they can engage fathers more in day to day activities. That will benefit both girls, and the schools.

Another outcome has also been a number of fathers with grown-up daughters saying they wanted to address the chunks of time they'd missed with their daughters, so I hope that these conversations are valuable for both dads and daughters.


Question: How can mothers support the relationships of fathers and daughters?

Madonna King: This is a big area, and I devote considerable time to it in the book. Fathers offer lessons mothers might not - AND THE REVERSE. Sometimes, though, mothers become so invested in their child (and many have given up valuable careers to be a primary care giver) that it's hard for them to allow someone else in. School principals talk to me about it, and so do fathers. There is no doubt some dads feel as though they are suffering a bit of a glass ceiling at home (in the same way women have in corporate Australia). As always, teamwork is best!