Jeremy John Irons (born 19 September 1948) is an English actor. After receiving classical training at the Bristol Old Vic Theatre School, Irons began his acting career on stage in 1969 and has since appeared in many West End theatre productions, including The Winter's Tale, Macbeth, Much Ado About Nothing, The Taming of the Shrew, Godspell, Richard II, and Embers. In 1984, he made his Broadway debut in Tom Stoppard's The Real Thing and received a Tony Award for Best Actor.

Irons's first major film role came in the 1981 romantic drama The French Lieutenant's Woman, for which he received a BAFTA nomination for Best Actor. After starring in dramas, such as Moonlighting (1982), Betrayal (1983), and The Mission (1986), he gained critical acclaim for portraying twin gynaecologists in David Cronenberg's psychological thriller Dead Ringers (1988). In 1990, Irons played accused murderer Claus von Bülow in Reversal of Fortune, and took home multiple awards, including an Academy Award for Best Actor.

Other notable films have included Steven Soderbergh's mystery thriller Kafka (1991), the period drama The House of the Spirits (1993), the romantic drama M. Butterfly (1993), the voice of Scar in Disney's The Lion King (1994), Simon Gruber in the action film Die Hard with a Vengeance (1995), the drama Lolita (1997), Musketeer Aramis in The Man in the Iron Mask (1998), the action adventure Dungeons & Dragons (2000), the drama The Merchant of Venice (2004), the drama Being Julia (2004), the epic historical drama Kingdom of Heaven (2005), the fantasy-adventure Eragon (2006), the Western Appaloosa (2008), and the indie drama Margin Call (2011). In 2016, he appeared in Assassin's Creed and, starting that year, has played Alfred Pennyworth in the DC Extended Universe, beginning with Batman v Superman: Dawn of Justice and reprising the role in Justice League (2017).

Irons has also made several notable appearances on TV. He earned his first Golden Globe Award nomination for his break-out role in the ITV series Brideshead Revisited (1981). In 2005, Irons appeared in the historical miniseries Elizabeth I, for which he received a Golden Globe Award and an Emmy Award for Best Supporting Actor. From 2011 to 2013, he starred as Pope Alexander VI in the Showtime historical series The Borgias. He is one of the few actors who have won the "Triple Crown of Acting", winning an Academy Award for film, an Emmy Award for television and a Tony Award for theatre. In October 2011, he was nominated the Goodwill Ambassador for the Food and Agriculture Organization of the United Nations.

Being Julia' based on W. Somerset Maugham's "Theatre" and adapted by Academy Award® Winner Ronald Harwood ("The...

The novel by Mercier, the pen name of Swiss-born, Berlin-based Peter Bieri, a retired professor of philosophy,...

He starts playing chess against himself until dawn. For years now, ever since his marriage collapsed, the... 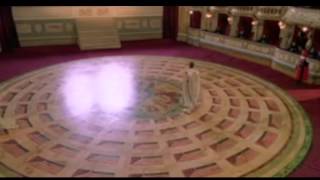 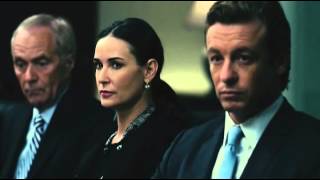 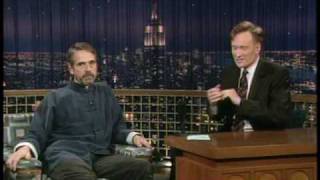 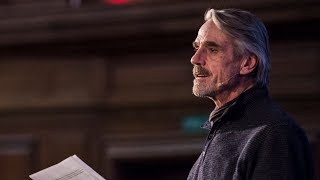