Ghost, produced by Jikay of AllTrapMusic, is a track that ebbs between ethereal melodies and a grime inspired, bass driven chorus. Ghost is about exploring, accepting and making friends with personal polarity. I have always fought with depression, and ghost paints the picture of accepting both the sadness and the triumph that exists in ones journey with depression. As a society, we often sedate, medicate and put these feelings under the rug, when we should really be fully expressing and accepting ourselves as we are, embodying the "Ghost", the "God" and all the emotions in between.

Cat Clark: I describe my music as some sort of ethereal rap. I sing sometimes, I rap sometimes. I'm obsessed with the hype in rap music but I also love the energy and emotion of singing. My main influences live in rap, soul and folk. So I like to draw from those categories to create my own sound.


Question: Can you tell us about Ghost?

Cat Clark: Ghost was inspired by going through feats of depression growing up. I wanted to tell myself the story that I am worthy and that my low moments could be conquered. The more we recognize our weaknesses, the more we can reveal our wounds to others through art and self-expression. This facilitates a deeper awareness and embrace of ourselves and others. I wanted to depict a poetic way of dealing with my darker times and in turn hope that someone could really listen to the lyrics and rock with it.

Cat Clark: I want people to embrace themselves fully, flaws and all. We all have insecurities, however they manifest. That should never take away the ability to be light. We can all prevail over any circumstance; we just have to clear our mind, our space and our energy.

Cat Clark: I absolutely love recording. I am a songwriter first. I came to LA wanting to break ground as a songwriter. I've since shifted my pursuits to being a solo artist, and looking to gain an audience by connecting more on the stage. But I love to create new vibes, so I'm always writing songs.

Cat Clark: I like to perform a track I have called Roses, because there is a lot of power in the lyrics to me, and the melodies are super fun to sing. 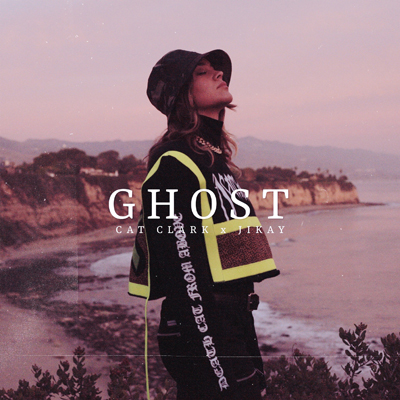 Cat Clark: It would literally be all the friends that have ridden with me on this journey. All the friends that come to my shows turn up and support. Those are the people I want to jam with because that support in the early stages means everything.

Cat Clark: It's innately something that happens when I hear a piece of music. A beat or an instrumental is like a blank canvas and I just start formulating the painting. I'm a very emotional person, and it's my way of expressing what I go through. I take the melodies I come up with, and I write stories that make sense to me.

Cat Clark: My brother passed away when I was 15 and music was my greatest coping mechanism. People connected to my music growing up because of the depth of pain whether they knew it or not, and it was a release being able to share that emotion of healing. I just had an obsession with creating and progressing. As far as artists, I am inspired by artists who put amazing visual art to their sound. To me, music isn't just sonics, it's a dive into the mind of the artist, so I've always had a dream of sharing that experience with others.

Cat Clark: It would have to be James Blake. His vibe is from a different planet.

Cat Clark: I have had content stolen. I have written for labels and execs, just to hear my vibe on tracks with the lyrics switched up. I've become a lot more protective of my content. The music industry has some insane lessons. At the end of the day, it is a business and some people have the talent, while others just want to climb to the top. They'll use whoever or whatever to get there.

Cat Clark: Wake up, coffee, make a mental to do list. I'm usually formulating release plans, writing for artists/projects, and recording new content. I might be sewing some Death Cat From Above merch. If it's a really good day I might be planning a show or going for a surf with friends. I try to meditate and visualize every day and work out as much as possible. Those are the things most days consist of.

Cat Clark: I think it's a different world we get to live in. Most of the world is focused on a 9-5 while we're focused on making humans feel and see things they haven't felt before. We want them to experience our mind, our vibe, our inspirations through sound and visual art. Everything becomes inspiration, even the painful parts.

Cat Clark: I am releasing an EP called Hurts to Love come March. After that I will be releasing a lot of different style tracks from rap to singing to a bit of rock influences. I just like to create what I feel. Emotions are so vast so I don't see a point in pigeon holing into one genre. You can expect a lot of visuals, and a couple bigger releases on the radar that I will be able to talk about in the near future!