ARIA Hall of Fame singer-songwriter Brian Cadd makes a triumphant return to the airwaves with his first solo album in over a decade – Bulletproof. This new release harks back to the 1970s pure rock n roll sounds of Brian Cadd and The Bootleg Family Band, and marks 50 proud years of Brian celebrating his award-winning work in the international music business.

Bulletproof is a powerful, rollicking, rock n roll album that will transport listeners back to the live show sounds of Brian Cadd with his famous Bootleg Family Band; from the opening track – and title song – Bulletproof, a reference to Brian Cadd's 70 years young, through to the foot-stomping final song On The Edge. Whether you are a fan of Brian's early work with the Groop and Axiom, his acclaimed hits Ginger Man, Let Go, and Little Ray of Sunshine, or his prolific work as a songwriter for the likes of Joe Cocker, The Pointer Sisters and John Farnham to name a few, there is something on this album for everyone.

The album celebrates a collection of previously unreleased songs Brian had stored away, some that he had penned for and were previously recorded by other performers, and songs which were crafted right there in the studio… all sharing one common Bootleg Family Band theme – rock! While Brian says there was no intentional time frame for the release of Bulletproof, but now seemed fitting.

'It turns out that 2016 is my 50th year in the business, and I also turn 70 years young - a good time to release an album called Bulletproof," he says. 'Our [Brian Cadd and The Bootleg Family Band] live shows were always completely over-the-top and full-on so we decided to make that kind of album."

Bulletproof was produced by Brian, together with gifted engineer Doug Brady, known for his work with John Farnham, Dragon and Jimmy Barnes, at his new Furstock Studios in Melbourne. Having been a teenager during The Bootleg Family Band era, Doug's age difference provided a younger perspective to the project, and his subsequent success and experience combined to produce a sound which was true to the era, and yet unique and cutting edge. Bulletproof also features an abundance of guest performers like eclectic musician Wilbur Wilde, talented multi-instrumentalist Mike Rudd, legend Dai Pritchard from Rose Tattoo, Mick Skelton of Thirsty Merc fame, and Brian Cadd's close friend Rick Fenn from 10cc on guitar and slide, just to name a handful of those who joined them in the studio.

Stepping away from his famous -pop' sound, the versatile full band created on this album is exactly the live music feel Brian wanted. Taking songs he had written for other great musicians like Joe Cocker, The Pointer Sisters and Bonnie Tyler, Brian Cadd and The Bootleg Family Band also reinvents these songs with a new and different rock n roll sound.

'Most songwriters have a couple of songs that they've written for other artists that they've always felt they would have loved to have a go at themselves," says Brian. 'As a solo artist I have always been expected to do ballads and story songs. Deep down where I live, it's all rock n roll." 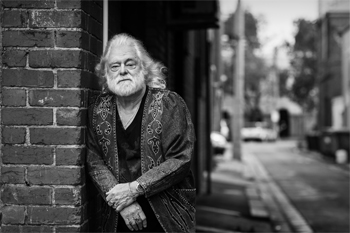 The visually stunning album cover, a painting by Archibald Prize finalist artist Philip Howe, captures the true fiery, passionate intensity with which Brian performs. Having met the talented artist Philip through musician Wilbur Wilde, the two bonded over a bottle or so of red wine. Philip then saw a Brian Cadd performance and was inspired to capture the strength and raw energy of him onstage. When the discussion of cover art came up for this album the painting was the obvious choice to depict the energy and spirit of this recording – it is everything that Bulletproof stands for.

The Bootleg Family Band has always been Brian's imagined proverbial -band in the head'. He was lucky enough to get that sound in the 70s, and now excitingly, gets to have a second crack at it with this new album. As Brian says, Bulletproof is the perfect opportunity and reason to 'get the band back together".

Question: Why did you decide to release a new album, after 11 years?

Brian Cadd: Two years ago was the 40th anniversary of Brian Cadd and the Bootleg Family Band. During the first half of the 70's we made a bunch of successful albums and toured Australia and the U.S. together. The opportunity to celebrate the anniversary came in the form of an offer by Doug Brady (John Farnham's engineer) to use his old converted warehouse to recreate the vibe and sound we always got in the studio in those days. It worked perfectly.


Question: How would you describe Bulletproof?

Brian Cadd: We were a pretty exciting -live' act. Even though most of my hits from that period were ballads or story songs, in truth, we were a flat-out rock-n-roll band, somewhat similar to Joe Cocker and his Mad dogs and Englishmen outfit.

So we made the album with that -live' sound as the musical model. The result is an exciting (and somewhat relentless) collection of rock songs.


Question: How has your approach to music changed?

Brian Cadd: I suppose, inevitably as you do all this longer, you get a bit better at self-editing and being able to decide more immediately whether things are working or not. So I tend to try and make things happen more quickly and more simply. I have learned to not be so -precious' about studios or recording situations. As long as the standard of recording is top class, I am much more focused on the songs and the players. All the rest technically, takes care of itself. This may sound obvious but, remember, back when I started, recording studios were in their infancy and the studio and engineer were extremely important and varied wildly in standard. Now that the global standard for studios and technicians is so high, you just have to worry about the music (which is as it should be).


Question: Where did the main inspiration for this album, come from?

Brian Cadd: Much of the answer is already in the answers above, but, to recap…we were inspired to go back into the studio by the reformation of the band…which was prompted by the anniversary. Once in there, we tried to make the rock album we always wanted to make, back in the day.

Brian Cadd: Mostly stuff from the Americana playlists. There is so much great music out there under that generic genre. Songs, artists and players who don't necessarily fit into the obvious pop, rock, soul genres. But who are very often quite unique because they aren't required to -fit in' to a specific genre. They in fact, often become their OWN genre.

Brian Cadd: We start on the road on Australia Day…and go through the end of April. Then I'm off to the U.S. for a few months. Then back here on the road on and off till Xmas. 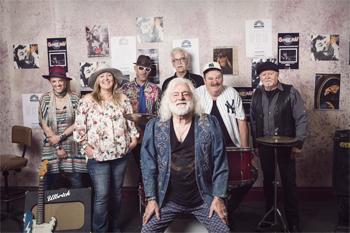 Brian Cadd: They are both so rewarding. Yet they are completely different head spaces. Recording is very personal and relatively microscopic. Performing is being involved with a lot of folks in the same space. And is usually much more -big strokes' rather than small moments. There isn't a favourite for me. Just different thrills from each one.

Brian Cadd: Mostly trying to fit -everything' in! I tend to want to do lots of stuff. So my constant battle is trying to resist saying yes to everything offered.

Brian Cadd: I write early in the morning. That's always the most fun and rewarding part of the day. Then it's the normal flurry of emails, interviews and stuff that goes on continually in our world.

Then, if I have a gig, I travel, rest and soundcheck in the late afternoon…and then the show takes up all the rest of the day and night.

Brian Cadd: I'm interested in working with Tim Rogers from YOU AM I and we are about to try some things together. Also, when I'm in the U.S. I usually hook up with folks in the Americana part of our Industry.

Brian Cadd: Thanks for all the wonderful years (50, so far) and the millions of great memories. Music doesn't happen in a vacuum, so it's because of the audiences and musicians around me that has made my journey so rewarding.