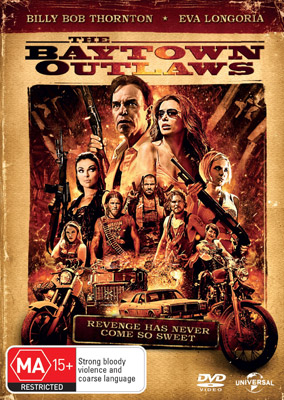 It all starts when the beautiful Celeste has a falling out with her gangster ex-husband Carlos. After he shoots her three times and kidnaps her beloved godson Rob, Celeste turns to the aid of three redneck and outlawed brothers, with a desperate pleas to bring him back.

What initially seems to be an easy smash-and-grab job turns into the most hair-raising and hilariously intense southern battle royal. Ringleader Brick, mute wrestling phenomenon, Lincoln and the baby of the three brothers, kick-ass G.I. McQueen are known for being ruthless, but have a challenge on their hands as they're forced to shoot their way through tricky femme fatales, crooked cops, mad mobsters, road pirates, Native American hunters, relentless federal agents and an unforgettable cast of characters as colourful as they are lethal.

With no one quiet as they seem, the three brothers are not only headed for a showdown, but also get a shot at redemption they never saw coming.