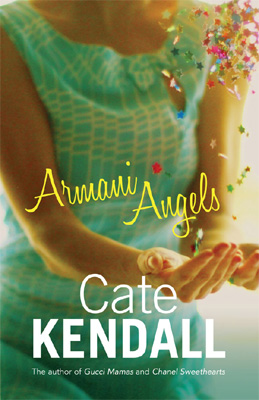 A page-turning, wicked romp of bitchy one-upmanship and competition wrapped in a hilarious, satirical bow!

Dynamic PR guru Gemma Bristol has her well-manicured finger firmly on the pulse of the Australian social scene. She regularly rubs shoulders with the country's A-listers at the glittering opening nights and exclusive launches she hosts.

But away from the shining lights of her stellar career, life is much less glamorous. Her husband has become a stranger, her teenage son is angry and uncommunicative, and somehow the career she has worked so hard for doesn't seem to satisfy her anymore.

Gemma needs a new direction, but has she gone too far when she challenges the grand matriarch of Melbourne philanthropy, Dame Frances Davenport, to a fundraising duel that captivates the city?

And is it just her imagination or is her handsome New York colleague flirting with her? Not that she'd act on it anyway; she's a married woman, right? As the charity duel heats up and the social pages buzz with excitement, Gemma faces some big questions about her future and her family that will change her life forever.

Cate Kendall is actually writing team Lisa Blundell and Michelle Hamer who first met as private school mums over lattes in mid 2005. As they sipped coffee and poked fun at the posh mums of the private school world, it dawned on them that this topic could make a great book. Michelle and Lisa are now proud to now be publishing their fourth book together, Armani Angels, which is set to be another hilarious bestselling romp.