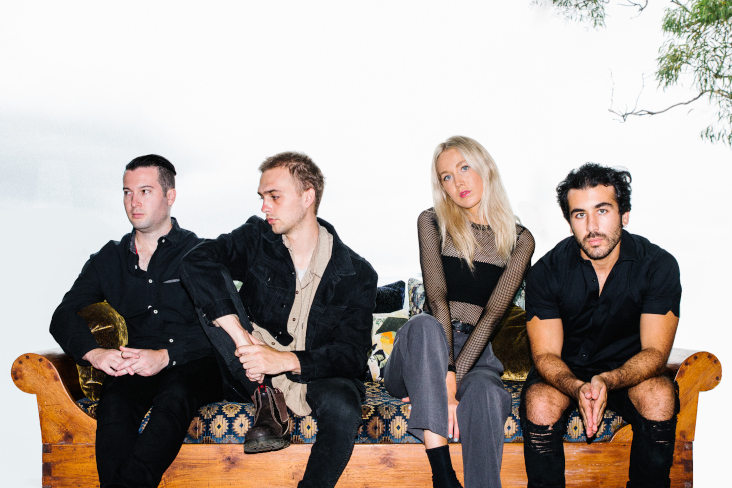 After debuting a new name with their late 2021 track 'Now Or Later', Sydney indie pop quartet 90ivy (formerly The Flowers) are today thrilled to reveal their brand new single 'Tiffany'. The new release will be celebrated with a headline show at Oxford Art Factory's Gallery Bar on Saturday 9th April.

Written by frontwoman Agnes O'Dwyer on her acoustic guitar during lockdown, 'Tiffany' boasts an infectious melody and tells a tale of infidelity, inspired by Dolly Parton's 'Jolene' and binging TV shows during lockdown. More specifically, the new release delves into "the anxiety, the hurt, the bargaining and confusion, and ultimately the process of moving on," elaborates O'Dwyer.

"Usually the story of the scorned woman is told one of two ways - either she is voiceless and passive or she is furious and directing her anger at "the other woman". Dolly Parton's 'Jolene' is so genius to me because it doesn't subscribe to these cliches. She sings praise to the other woman and simply begs her not to take her man.

"It inspired me to write a song that tells the story of infidelity that looks at the relationship breakdown and the faults of the two in the relationship, rather than placing blame on the other woman.

"The idea was also brought on by watching one too many trashy, melodramatic TV shows over lock down - TV and movies inspire my songwriting a lot."

After taking the track to the rest of the band, O'Dwyer says 'Tiffany' "became completely elevated by the grungy guitars, bass and drums into the rock-pop song it is today." 'Tiffany' was recorded and produced by Simon Dobson, with additional production and mixing by Pete Holz.

Having honed their live show on stages with Teenage Dads, CLEWS, Jess Day, Obscura Hail and more, 90ivy's single launch show at Oxford Art Factory's Gallery Bar on Saturday 9th April is not to be missed.


Question: Can you tell us about your new single Tiffany?

Agnes O'Dwyer: Tiffany is an indie pop ballad that tells a melodramatic tale of infidelity, betrayal and heartbreak. I wrote it in the middle of lockdown, inspired by a TV show I was watching where the main character got cheated on. The drama of it all triggered my song writing muscle. That, and lockdown was so boring that I spent a lot of time figuring out song ideas and concepts with all that spare time. What started out as a verse and chorus idea on the acoustic guitar completely transformed when the band was able to get together again. The guys' grungy lead guitar and driving beat of the drums transformed the track into the high energy song we have today.

Agnes O'Dwyer: I've always loved Dolly Parton's song "Jolene", not just because her melodies are insane and her voice is glittery perfection, but also because that song smashed all the cliches that surrounded songs told from the perspective of the "wronged, scorned woman". It's usually told one of two ways - either she's voiceless and passive or she's furious and directing her anger at the other woman instead of the man who cheated on her. Dolly's Jolene doesn't do either of that - she simply sings praise to the other woman and begs her not to steal her man. I think this is really powerful. 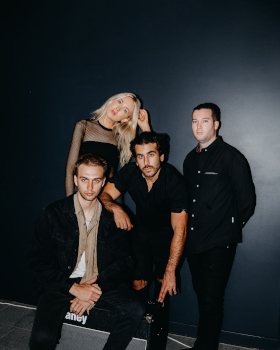 Agnes O'Dwyer: Ooooh such a tough one. Both are so uniquely magical in their own way. But I think, despite all the stage fright and anxiety I get before a gig, performing live would have to be my fave.


Question: What should we expect from your upcoming show?

Agnes O'Dwyer: Our next show will be our first headline in a long time. We are going all out for it. Playing unreleased songs, reimagining the songs we already have out, branching out from our usual live instrumentation. You gotta be there.

Agnes O'Dwyer: We were all born in the 90s and are inspired by 90s alternative music and fashion. The "Ivy" part is a play on the roman numerals "IV", because there's 4 of us in the band.

Agnes O'Dwyer: Leigton and I met through triple J unearthed - I was doing some solo stuff at the time, Leighton was freshly back from a trip to LA where he was working on a separate music project. We met up and chatted about our musical goals and influences and realised we were fully aligned, so decided to start a band ourselves. Liam and Tom joined after - Leighton knew Tom from way back at school and we met Liam through a mutual friend.

Agnes O'Dwyer: I've always had a hard time expressing myself and how I'm feeling - I used to always get nervous and stumble on my words, which lead to me never really saying what I wanted to say in fear of messing it up. When I started songwriting it was such a cathartic feeling. I was able to get my words and feelings across in a structured, melodic way, and the fact that other people want to listen to what I have to say truly blows my mind haha. Such a big leap from where I started. And that's what keeps me motivated.

Agnes O'Dwyer: Gretta Ray. She's such a distinctive, fearless song writer. I'd love to know her process and learn from it.

Agnes O'Dwyer: Probably the friends I've made, both within the band and across the music industry. The Aus Music Scene is full of such good eggs.

Agnes O'Dwyer: Well lately it's been chaotic (in a good way of course). There are so many moving parts when it comes to releasing a single - we're simultaneously working on the Music Video edits, planning our headline show, prepping studio time for our next track and trying to balance that with working full time at a tech company and being a dog mum. Never a dull moment :)