What Can We Learn From Strong Female Leaders? 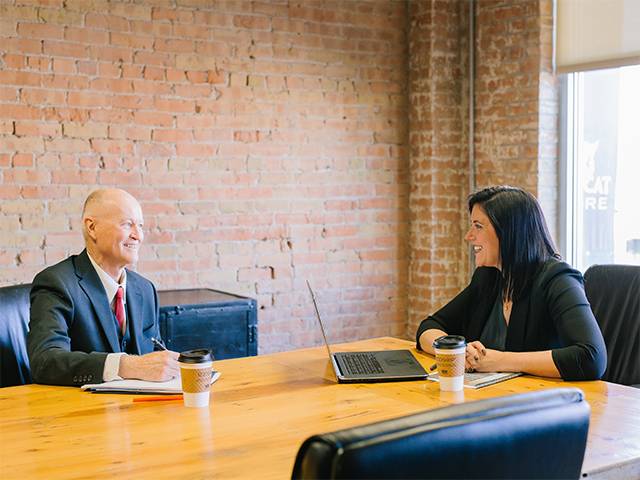 Given how far women have come in their continued drive for equality, it's easy to forget sometimes just how much strong female leaders of today have gone through. Their journeys and struggles can still serve as important inspiration for many women (and men!) today.

These women are all working hard to create a long-lasting impact, and there's a lot that they have to say. So get inspired by these five things everyone can learn from some of the most powerful women on the globe today.

Leaders don't generally get where they are by playing it safe and toe-ing that proverbial line. Women in leadership roles across the world have challenged boundaries and made bold moves despite the risks involved. Take Oprah Winfrey, for example. She's a living legend, but that wasn't always the case.

Back in the 80s, while working for ABC, she got the chance to star in The Color Purple, but her full-time job wouldn't allow that. So she begged her employers to give her an advance on her vacation time so she could shoot the movie. They weren't exactly happy with how things went, and she risked her job for just a couple more weeks. But it was entirely worth it because the movie paid off massively in the end.

Of course, there's always a chance that something doesn't work out, but that doesn't mean it's not worth trying.

2. Learn from the past, but don't give it power

It didn't always look like American businesswoman and TV personality Barbara Corcoran was going to make much of her life. Her website says, "Barbara Corcoran's credentials include straight D's in high school and college and twenty jobs by the time she turned twenty-three."

Yet, her past didn't hold her back because she refused to let that shape who she was. She learned many lessons during those years and took a chance on herself. The Corcoran Group launched with just $1000 in starting funds, but she managed to turn it into today's empire.

3. Help to empower others too

No one gets anywhere on their own. Networking and support from peers and mentors are how people get ahead, and this is where women can help lift each other. "We know that women are under-sponsored by senior men and may need to compensate by developing strong professional relationships with other women. My hypothesis on the research findings is that these women are effectively acting as mentors and sponsors for one another," CEO of Diversio, Laura McGee told Forbes.

Don't ever think of empowering other women as taking something away from a personal achievement. Together, people have more power than someone who tries to get everything done alone.

Natasha Stott Despoja, a former Australian senator, has described how the older men she worked with saw her due to her gender and age. They felt that her contributions weren't as important and that her opinions weren't as valid because she wasn't "one of them". That didn't stop her at all.

"My advice to women – regardless of age or background – is that our experiences are worthy and legitimate, regardless of how long we have been alive or what we have done," she told Women Deliver. Natasha pushed through and believed in herself, despite the nay-sayers and despite pursuing a career in a male-dominated industry that looked down on her. No one should ever let others make them feel inferior.

5. Don't Wait For Others to Make a Change

Reese Whitherspoon told Vulture that she had been upset with the lack of women representation in films. After complaining to her husband about it, he asked her why she couldn't start her own production company and make films with more women in them. She had never even considered that before.

But sometimes, it just doesn't make sense to wait for others to bring about change. If something has to get done, and someone has to do it, don't pass that responsibility off on others. Reese was terrified of starting her own company and being responsible for employees, but she did it because, ultimately, she believes in her goal.

Feel free to go read some more inspirational lessons from successful women - there are many great stories out there. However, keep in mind that the web is a dangerous place right now and just scrolling through sites comes with some risk from hackers.

Make sure to have protections like two-factor authentication and a VPN that encrypts the connection in place for added security. Don't let trolls take over and keep that vision board from being created!

Photo by Amy Hirschi on Unsplash