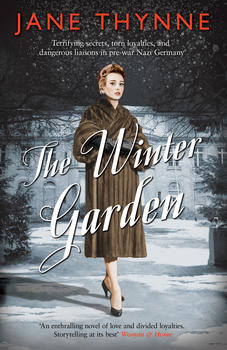 Clara Vine, fresh from her adventures in Black Roses, is now deeply entrenched in the secret services in pre-war Berlin. Trusted for her good work and quick thinking she is asked to go deeper undercover. This time she finds herself in a Nazi Bride School, where innocent young German women are schooled on the art of being a wife - and their future husbands are none other than the top ranking officials of the Nazi Party. With danger on every corner, it will take everything Clara has to survive this time.

Jane Thynne was born in Venezuela and educated in London. She graduated from Oxford University with a degree in English Literature and joined the BBC as a journalist. She has also worked at the Sunday Times, the Daily Telegraph and The Independent, as well as numerous British magazines. She appears as a broadcaster on Radio 4. Jane is married to the writer Philip Kerr. They have three children and live in London. Black Roses is Jane's fourth novel.