The Race of The Century 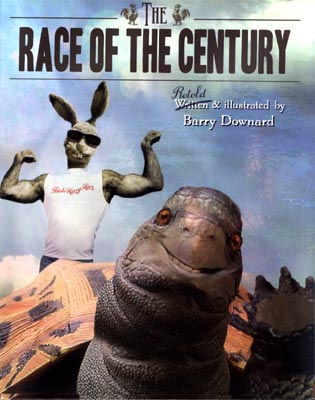 It's the Race of the Century between Tom Tortoise and a Flash Harry Hare!

Tom does his best, going slowly but surely toward the finish line. But Harry knows he can beat Tom, so he poses for photos, signs autographs, munches on snacks and sneaks naps. Which runner do you think will have a bad hare day?

Barry Downardhas a unique and visual storytelling style, that has been used by ad agencies and design studios around the world. He is supported, cajoled and encouraged by his wife, two Border collies, a Lesotho mountain dog, cats, chickens and an assortment of wildlife. They all live on a small farm in the beautiful KwaQulu-Natal Midlands in South Africa, where he is actively involved with conservation and animal welfare concerns.