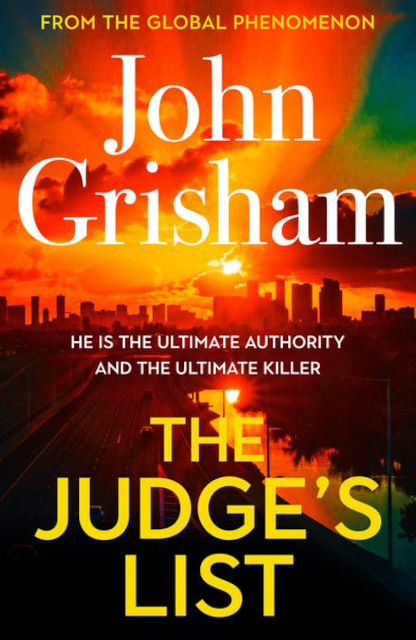 From the Sunday Times and New York Times bestselling author, a new legal thriller about a man who might be the most criminal sitting judge in American history.

As an investigator for the Florida Board on Judicial Conduct, Lacy Stoltz sees plenty of corruption among the men and women elected to the bench. In The Whistler, she took on a crime syndicate that was paying millions to a crooked judge. Now, in The Judge's List, the crimes are even worse. The man hiding behind the black robe is not taking bribes - but he may be taking lives.

About the author
John Grisham as a child dreamed of being a professional baseball player. After graduating from law school at Ole Miss in 1981, he went on to practice law for nearly a decade, specialising in criminal defense and personal injury litigation. One day, Grisham overheard the harrowing testimony of a twelve-year-old rape victim and was inspired to start a novel exploring what would have happened if the girl's father had murdered her assailants. Getting up at 5 a.m. every day to get in several hours of writing time before heading off to work, Grisham spent three years on A Time to Kill and finished it in 1987.

His next novel, The Firm, spent 47 weeks on The New York Times bestseller list and became the bestselling novel of 1991. Since then, he has written one novel a year, including The Client, The Pelican Brief, The Rainmaker and The Runaway Jury.

Today, Grisham has written a collection of stories, a work of non-fiction, three sports novels, seven kids' books, and many legal thrillers. His work has been translated into 45 languages. He lives near Charlottesville, Virginia.