An Englishwoman, a Scottish laird ... a love that will surpass all borders. A sumptuous romance in the spirit of Diana Gabaldon and Darry Fraser.

Lynelle Fenwick has been an outcast all her life. The daughter of an English lord, she was deemed cursed when her mother didn't survive childbirth. Raised by the village healer, who has since died, Lynelle truly is alone. When her younger half-brother is captured during a Scottish raid, she sees a last chance to redeem herself to the father who rejected her, and offers to be held captive in his place.

Across the turbulent border, Lynelle strikes a bargain with William Kirkpatrick, laird of Closeburn. She will spend two weeks inside the clan's castle tending William's younger brother who is in need of a healer's care. The laird has his own family curse to deal with, along with a deep distrust of healers - and Lynelle has exaggerated her healing skills to obtain her half-brother's freedom.

Despite their differences, William and Lynelle are drawn to each other ... then an unexpected foe threatens to divide them forever. Enemies by birth and circumstance, they can only succeed together.

About the author:
Allison Butler is an author of Scottish historical romance. She spent her early years in country NSW building pretend castles with hay bales and leaping white posts with her army of two older sisters and a younger brother. Many years later, with her mother's influence, she discovered a passion for words and history, read her first historical romance and was inspired to create her own. She writes most mornings and cares for the elderly in the afternoons. Her love of travel has given her the gift of many amazing sights but none more heart-stirring than the rugged beauty of Scotland. Allison lives in a small town in NSW, Australia, with her very own Scottish hero. Their two beautiful daughters have left the nest to feather their own and have begun their own adventures. Allison loves spending time with family and friends, travelling, taking photos, reading, dancing like no one's watching and seeing the sights from the back of her husband's motorcycle.

Allison Butler: Hi Female, I'm delighted to be here.
Question: What originally inspired the idea of The Healer?

Allison Butler: I had an unwavering fascination and growing love for Scotland. Working as an Assistant in Nursing in aged care also made me wonder who cared for the sick in medieval times. Between the two, the idea for The Healer came to life. 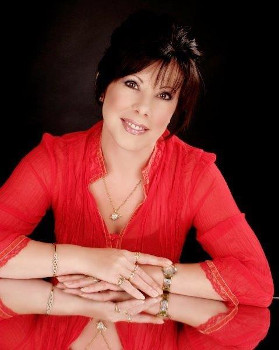 Question: How did you develop your love for Scottish history?

Allison Butler: My earliest memory of Scotland was my mum's obsession with watching The Royal Edinburgh Military Tattoo on New Year's Day. Years later, I met and fell in love with a Scotsman who had a powerful passion for his homeland. Family gatherings were brilliant and filled with gorgeous Scottish accents, singing, dancing and bagpipes. I watched movies about Scotland and discovered heroes and legends who shared the same connection with their country and way of life. I fell in love. I've been fortunate to visit Scotland several times. The scenery is breath-taking. The castles magnificent. The people warm and inviting. I fell in love all over again.


Question: What did you learn, about yourself, whilst writing The Healer?

Allison Butler: I learned that I'm a deeply compassionate person. Caring for people, as I do working with the elderly, was just something I do for work, something I enjoy. But writing a sympathetic heroine like Lynelle, showed me I'd written much of myself into her character.

Allison Butler: Almost all of my inspiration comes from real life and real people. The time period is the only part of my stories that, after researching, I do my best to take readers back to the medieval era.


Question: What research did you do, prior to writing The Healer?

Allison Butler: First up, I did some general research before I started writing The Healer. Things like clan names and septs of clans and where they resided. What the hostilities between England and Scotland were in 1402 and the castles of the times. I then did more extensive research as I wrote each chapter. I like to know I have everything correct as I write because if it's wrong, it may affect what happens further along in the story. Things like the setting, the weather, horse breeds, clothing, food, healing herbs and superstitions, to name a few.

Allison Butler: Hold onto the fun and share your joy as you create your masterpieces and bring your stories to life.

Allison Butler: My mum inspired my love of reading. I remember her weekly trips to the local library where she'd fill her cloth-covered shopping trolley with books and devour them before weeks-end. Every author I've had the pleasure to read inspires my love of writing. Thank you all.

Allison Butler: I'm writing Sorcha's story. Sorcha was a secondary character in The Saint, book 3 of my Highland Brides. She's caring, a little daring and deserves her own Happily Ever After.

Thanks so much for having me and for the wonderful questions.