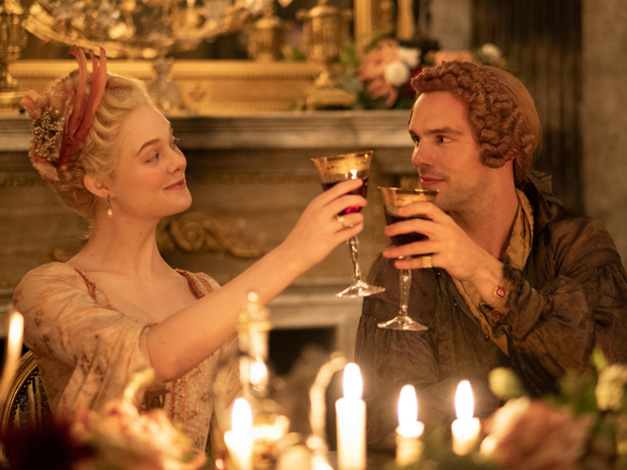 Stan announced that Catherine will continue her reign when the second season of Emmy Award-nominated comedy drama The Great debuts 20 November, the same day as the US and only on Stan.

The comedy drama, led by Elle Fanning (Super 8) and Nicholas Hoult (Stan's True History of the Kelly Gang), will return for another 10-episode run after it's first smash-hit season, joined by acclaimed actress Gillian Anderson.

In season two of The Great, Catherine finally takes the Russian throne for her own " but if she thought coup-ing her husband was difficult, it's nothing compared to the realities of 'liberating' a country that doesn't want to be. She'll battle her court, her team, even her own mother (played by guest star Gillian Anderson) in a bid to bring the enlightenment to Russia. Meanwhile she'll also battle her heart as Peter slowly transitions from much-hated husband, to prisoner? Ally? Lover? Ultimately Catherine will learn that to change a country, you must let it change you, that there is a fine line between idealism and delusion, and that becoming 'Great', will ask more of her than she could have imagined.

The Great Season 2 premieres 20 November, same day as the US and only on Stan.