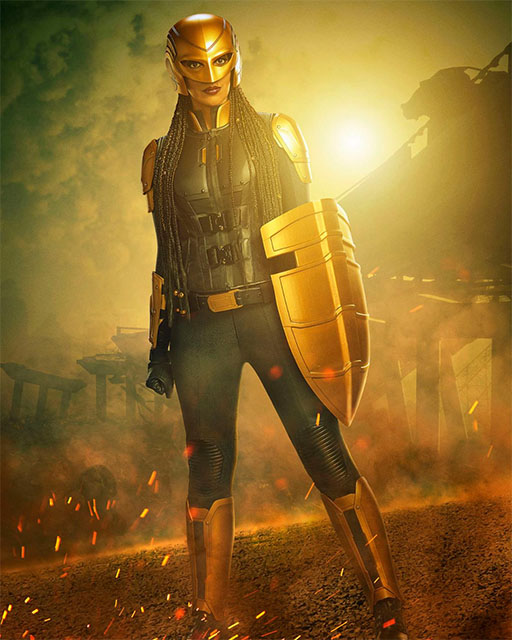 Accomplished "Jane the Virgin" and "Supergirl" actress Azie Tesfai, can now add writer to her list of credits, making Arrowverse history as the first actor in any Greg Berlanti-produced series to pen an episode on any of his shows, with her co-writing episode 12 of the sixth and final season of "Supergirl," which sees her character Kelly Olsen become the 'Guardian' and address racial inequality. Her episode drew an incredible ratings bump"up almost 20% from the week prior and rising even higher with the DVR numbers in place, most importantly underscoring the audience desire to see important stories being told authentically by women of color. The final season is currently airing every Tuesday at 9pm on the CW. Coinciding with the final season, Azie will make her debut on ABC's "A Million Little Things," Cassandra,a publicist tapped to help Rome (Romany Malco) with his documentary, on Wednesday, October 27th at 10pm.
The first Eritrean/Ethiopian actress to play a superhero EVER, Azie joined "Supergirl" in season 4 as ex-military psychologist Kelly Olsen, a BIPOC and queer character in the DC universe. With writing her debut as the Guardian, Azie got to add some personal touches to the episode, including her character exiting an Ethiopian restaurant with her mother's name in the opening scene of the episode, an homage to her Ethiopian mother, who had life-long dreams of opening her own Ethiopian restaurant. Azie was also very involved in every element of creating her costume for the Guardian"making sure to utilize the gold of her Eritrean roots.
Tesfai is best known for playing homicide detective Nadine Hansan in the critically acclaimed, Golden Globe-nominated series "Jane The Virgin," which ran for five successful seasons on the CW. Since booking her first role in "Wicked Wicked Games," Tesfai has since landed roles on numerous hit TV shows including "Silicon Valley," "Superstore," "Royal Pains," "Rosewood" and "The Real O'Neal's." She has also recurred on "Powers," "NCIS" and "The Kominsky Method."
Tesfai is also the founder and CEO of Fortuned Culture, an accessories line that was launched with TOMS Shoes Marketplace and sold in Bloomingdales. 100% of proceeds from each piece benefit charities in Ethiopia, Mexico and Cambodia. Each piece symbolizes the human needs that people desire: health, love, faith, wisdom, balance and more and with each purchase, these needs are fulfilled for someone less fortunate.
Between her brains, beauty and captivating performance in one of the most buzzed about shows on television, Azie is heading for the top and quickly becoming one of Hollywood's one-to-watch actresses. 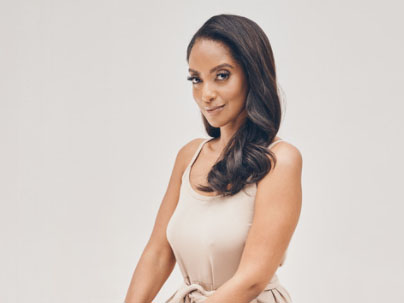