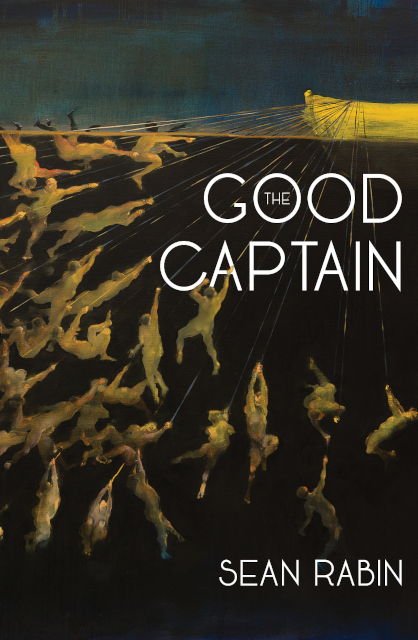 Set in the near future – during a time of plummeting fish stocks, toxic algae blooms and jellyfish swarms – The Good Captain, author Sean Rabin's follow up to the critically acclaimed Wood Green, follows a group of radical environmentalists committed to a mission of extreme civil disobedience against the powers threatening to destroy the last of the world's marine life.

Led by the wild Rena – born and raised by the ocean – the characterful crew engages in a high seas drama that contains all the thrill of a cat-and-mouse seafaring classic, while at the same time offering a timely warning for the political classes that their negligence will not go unpunished. Evoking a disturbing vision of what the world might soon become – random, dangerous, surprising and sometimes even miraculous – The Good Captain is a gripping, confronting and truly unique novel.

About the author
Born in Hobart, Tasmania, Sean Rabin has worked as a cook, script reader, copy-editor, freelance journalist and librarian. He has lived in Ireland, Italy, London and New York, and now resides in Sydney, Australia. His debut novel Wood Green (Giramondo) was shortlisted for The Victorian Premier's Literary Awards 2017 and The Readings Prize for New Australian Fiction 2016 and was also longlisted for the ALS Gold Medal.

Question: What originally inspired the idea of The Good Captain?

Sean Rabin: My main inspiration was a documentary called The End Of The Line, with its prediction that the ocean might be empty by the year 2048. I realised I had to try and do something - inform people about the impact of industrial fishing and aquaculture - because despite all the non-fiction books about the subject that have been published, and the news articles that were appearing more frequently, the information wasn't reaching a wider audience. So I decided to try a different tactic and write a gripping sea faring adventure that would surreptitiously inform people about the declining health of the seas while entertaining them at the same time. 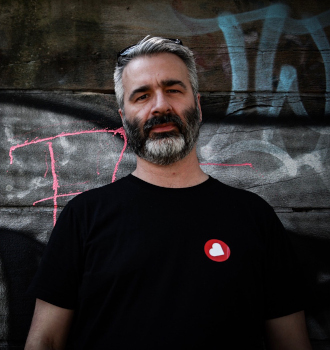 Sean Rabin: The issues in the book are definitely real - the oceans are filling with plastic - fish stock are crashing - water temperatures are rising - illegal fishing is rampant - storms are growing stronger - but the characters in this novel are works of imagination. I was definitely inspired by the bravery of the crews aboard the Sea Shepherd vessels, but I don't know any of them personally. Also, Sea Shepherd operates within a strict code of conduct that includes no harm to humans. I, however, was curious about what it would be like if those rules did not exist.


Question: Is there a main message you hope readers take from The Good Captain?

Sean Rabin: I would like my readers to realise how the health of humanity is fundamentally linked to the health of the ocean. If the ocean dies, we die. And that if we our to save the inhabitants of the ocean we need to do more than just press a like button on a social media story - we need to take real action - change our behaviour - before the situation becomes as bad as it is in The Good Captain.


Question: How did you develop your approach to climate change?

Sean Rabin: My approach to climate change is always evolving because the issue is unfolding at a speed much faster than anticipated. I read and listen to a wide variety of thinkers, some of whom I don't always agree with but who nonetheless help me to form a rounded picture of the situation. Now is not the time to close ourselves off from people just because they present difficult ideas. The hardest thing to do is to face the situation - honestly - and act accordingly.


Question: What research did you do, prior to writing The Good Captain?

Sean Rabin: I read widely - books and scientific papers - watched documentaries - attended lectures - spoke to experts and drew on my life experience - thinking about what the sea means to me and imagining how terrible an empty ocean would be. It's a confronting idea, and for a while the amount of information was overwhelming, but eventually the narrative and the characters took over.


Question: What is the best thing about creating a character like Rena?

Sean Rabin: She's intelligent, brave and unrepentant. Rena doesn't play games, she doesn't engage in politics. She knows what the problem is and what the solution looks like and she doesn't back away from doing what's right. The traumatic events of her life have made a deep impact, but they've equally made her more resilient and determined to face reality. She is also deeply connected to the environment, and understands it's the only thing worth fighting for.

Sean Rabin: Be yourself. Your subject matter might not be original, but the way you write about it - the voice you use - the style you write in - should be something that only you can create. Also, there are two types of success - artistic and commercial. You may have to decide which one is more important to you, because achieving both is a very rare thing.

Sean Rabin: I spent a lot of time on my own as a kid, which left me free to develop a strong imagination. Most people don't realise that imagination takes practice - it's like a muscle - it needs exercise - and I soon realised that writing was a way to make my imagination come to life. I could also do it anywhere, without anybody's help and without much money. I didn't need lessons or tools or someone else's opinion - all it required was paper and a pen and a whole lot of perseverance. And once I experienced the thrill of finishing a story - everything else seemed pretty uninteresting.