Emerging band The Fatbirds return to deliver their latest single 'Leaving Tonight'. The versatile dream pop single features a groovy beat, driving guitar riff, and a mesmerizing vocal performance. The modern, atmospheric production of 'Leaving Tonight' delivers a fusion of indie, pop, and rock. Moreover, the single radiates an intimate and melancholic vibe. The single has every element that will gage the listener's attention, from the ear-catching guitars to the soothing vocals.

Undoubtedly, 'Leaving Tonight' has the ability to impact the listener as it contains a unique style and sound that gives the overall song an identity. The track will take the listener into a musical journey. The single has the ability to resonate with any music aficionado as it is versatile in genres and has every element to be catchy, memorable, and impactful. The Fatbirds are set to play the Humo's Rock Rally 2020.

Sarah Michiels: Indie folk dream pop, poprock. It is no nonsense music that makes the listeners think about life and feel every word and every note we sing.

Sarah Michiels: Both of them have their charm; although I have a slight preference for studio recording time, it is more open for creativity.

Sarah Michiels: That would probably be Leaving Tonight or Lost In Dreams. Leaving Tonight is a song that many people in the audience can connect with, it is about going to work every day and wanting to break free from the routine. It is quite a melancholic song.

Lost in Dreams on the other hand is a slow song that explodes somewhere towards the end, it has been that song for us that gives many people goosebumps, we like ending our set with this one.

Sarah Michiels: Brian may would be lovely, especially if we can have a chat afterwards, getting advice from such an amazing person would mean a lot to us.


Question: is the story behind the band name?

Stef: It kind of started out as a joke, imagine, birds are a symbol for freedom, they fly and glide through the sky seemingly effortlessly. So Imagine that you are a bird, but then you are an ostrich or penguin, or just an overweight red robin.

Sarah Michiels: The lead guitarist and I (Sarah) are engaged we met each other by falling in love. And we share the same passion about music. Our Drummer Bob we met at a music venue, we saw his superb drumming skills and decide to ask him to join our band which he did. The two newest members we found the oldschool way through an announcement in a music magazine.

Sarah Michiels: Our music is driven by passion and inspired by the daily lives we live, the current political situation in our homeland Belgium and the ongoing nature catastrophes are an inspiration for me to write songs that will hopefully make people at least wonder for a second or two about the ongoing changes. The majority of our lyrics and music is inspired by my dreams; I wake up and write a song, it is a very spontaneous process. 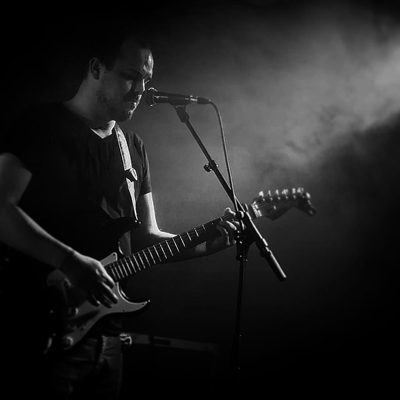 Sarah Michiels: The Danish musician Agnes Obel has always been an inspiration for me, her new album is kinda the sound that we are looking for. Other than that, I'm a huge fan of Queen.

Sarah Michiels: That probably must have been my grandfather; he was a professional trumpet player. He even played at a royal wedding for the Belgium royalties. But Stef my partner was probably the one who persuaded me, telling me on a daily basis that it would be a shame if only he got to listen to, what he says, and my beautiful voice.

Sarah Michiels: Good question, Hozier, would really be wonderful he had such a beautiful voice and he is so real and powerful.

Sarah Michiels: Finding the right musicians, that are on the same wavelength. But also finding the right niche for performing our music live was a real struggle at the start of our journey.

Sarah Michiels: First of all, going to work like anyone else and then on my way home looking forward to the time I can spend just playing music, getting rid of all the stress and just zone out, getting into the musical vibrations. After that it is time for some music management and then watch some Netflix and go to sleep.

Sarah Michiels: The friendships you create with the band members is beyond. We spend so much time together, on rehearsals, in the recording studio and on stage, together you go through rough patches and you create an amazingly strong friendship with the musicians you play with.

The acknowledgment of your hard work is one thing I love about music.